Visit one of Southern Tenerife's most unusual and unknown places on our Punta Abona and Abades Sanatorium hike. This breathtaking route will lead us to hidden treasures such as the Abona Lighthouse and Tenerife's abandoned leper colony.

Visit one of Southern Tenerife's most unusual and unknown places on our Punta Abona and Abades Sanatorium hike. This breathtaking route will lead us to hidden treasures such as the Abona Lighthouse and Tenerife's abandoned leper colony. 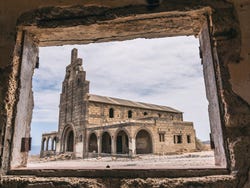 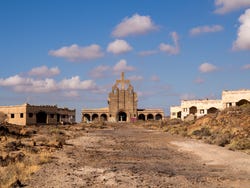 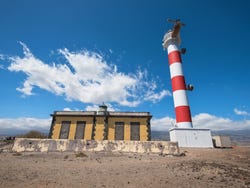 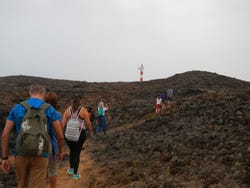 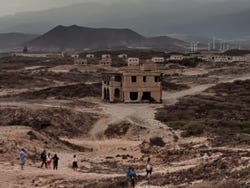 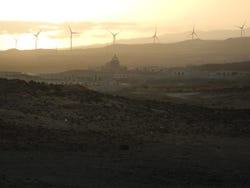 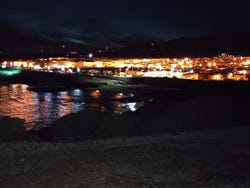 At your chosen time, we'll meet next to the Hermitage of Nuestra Señora de las Mercedes, located in the municipality of Arico in Southern Tenerife. Let's go!

Our 3.7 mile (6 km) walk will take us through some of the most beautiful coves and pools on the island's southeastern coast. The pleasant sound of the Atlantic's waves will accompany us while we hike through a volcanic landscape towards the symbolic Punta Abona Lighthouse, which is over 100 years old.

Did you know that Tenerife's coastline is lined with seven lighthouses? These include Anaga, Punta Rasca, Puerto de la Cruz and Buenavista. We'll tell you about the origins of these buildings while you take in the views. In addition, we'll observe how the local flora has adapted to this arid landscape. Some of the plant species we'll see are tabaibas, ceropegia and the sea grape.

The hiking route will then take us to the Abades Sanatorium, an abandoned leper colony that feels both magical and eerie. The complex was built during the Second World War to house leprosy patients but was never used. Today, the ruins of the hospital, a school, the church and the crematorium are still standing and will give you goosebumps!

As night falls, it's time to leave. We'll finish our activity by arriving at our starting point 2 to 3 hours after our departure, while admiring the starry sky.

8.20 / 10 8 reviews
Discover the most beautiful landscapes of Tenerife by booking a private excursion just for you, your family and friends. Make your trip to this stunning island unforgettable!
US$ 249 per group
Book
like

7.50 / 10 27 reviews
Explore the best of Tenerife on this complete bus tour of the island. You'll see its most important places of interest and discover its hidden secrets.
US$ 40.70
Book