Skip the lines and discover Aquarium of the Bay's spectacular marine life and enjoy a day at one of the most popular attractions in San Francisco. 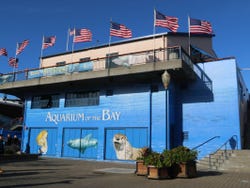 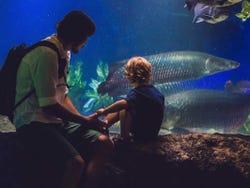 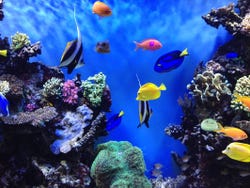 What is the Aquarium of the Bay?

The Aquarium of the Bay is a sea life zoological centre located in the Port of San Francisco.

What does the ticket include?

By booking your tickets with us, you'll skip the queues into the Aquarium of the Bay and visit the following habitats in the aquarium:

The Aquarium of the Bay in San Francisco is open every day of the week at the following times:

The Aquarium is closed on the following days: 25 December and 22 November.

The Aquarium of the Bay should not be confused with Monterey Bay Aquarium, located in the Californian city of Monterey.

The entrance is free for children under 5 years old.

Aquarium of the Bay Ticket

Skip the line Aquarium of the Bay tickets in San Francisco.

US$ 27.95
Free cancellation up to 24 hours before the service starts
Book

I travelled with friends
4

9 / 10 2 reviews
See the best of the Golden Gate City, taking in all the major landmarks of California's second city leaving you in no doubt as to why it's also known as "The Paris of the West."
US$ 58
Book
like

9.60 / 10 777 reviews
Discover the best of San Francisco's history, culture and architecture on this guided walking tour of the Californian city - what's more, it's FREE!
Free!
Book