Admire the beautiful landscapes over the Croatian coastline with this Dalmatian Coast Flyover Tour. You'll get a spectacular bird's eye view of cities including Dubrovnik, Split, Trogir and Mljet. 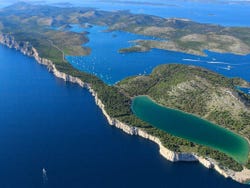 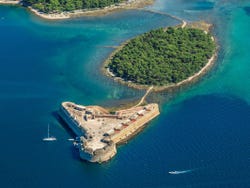 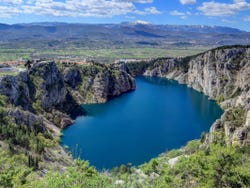 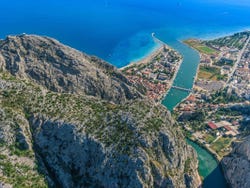 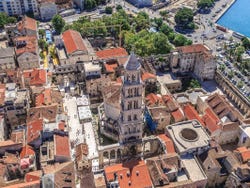 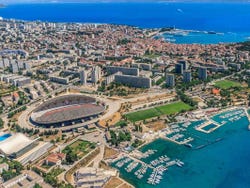 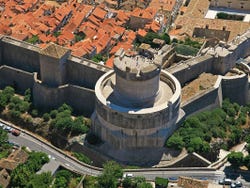 When booking you can choose between several flyover tours. All tour options will meet at the time of your choice at Sinj Airport. After a brief safety explanation, we'll board a plane with a capacity of up to three passengers. Ready to fly through the Croatian sky? The tour will end back at Sinj Airport.

We'll fly over Sinj and following the Alkar route. From the plane, we'll admire the beautiful medieval city centre, where the Kamičak fortress stands out. The flyover will continue past Lake Peruća, one of the natural jewels of the region!

As we follow the river Cetina, we'll travel through the skies of the small town of Trilj. Finally, we'll see the Sinj fields from the heights.

Diocletian, the Roman Emperor, was the first to abdicate and spent his last years on the Dalmatian Coast. As soon as we take off, we'll head south flying over the Emperor's favourite locations including a bird's eye view of the Klis fortress. The plane ride will continue over Split, the beautiful coastal city where Diocletian built an impressive palace.

Next, we'll fly over the Marjan peninsula and the islands of Brač and Solta. Finally, before returning to Sinj we'll glide over the village of Solin.

Following the river Cetina, we'll fly over the village of Trilj. Then we'll turn towards the karst landscapes of Imotski. This town is famous for the contrast between the red and blue lakes, and from the sky, these lakes are even more spectacular!

Next, we'll continue to Omiš, which the Cetina River flows into. We'll follow onto Split and further north to the Klis fortress.

The route will start by gliding over the natural landscapes of Kozjak in the direction of the Trogir and the Bay of Kaštela. The flight will then continue over the many islands off the coast of Rogoznica and Primošten. Further north we'll see the archipelagos that flank the coast of Šibenik. A few more kilometres ahead, we'll fly over the Kornati islands.

The tour will finish with a bird's eye view of the other archipelagos along the Dalmatian Coast.

From Sinj we'll fly south, passing over Biokovo mountain, the Mljet National Park archipelago, the island of Korčula and the peninsula of Pelješac. We'll also see the silhouettes of the Elaphite Islands and Dubrovnik - the city on the Dalmatian coast where some scenes from the Game of Thrones series were shot.

You'll get a view of the Dubrovnik walls - ancient Ragusa is a city with a great monumental legacy! As we fly over its old town we'll feel like the Starks, the Lannisters and other well-known characters from the famous HBO series.

Women who are more than five months pregnant won't be allowed to board the planes.

Flyover for the tour chosen.

Commentary in English during the tour.

A bottle of mineral water.

Per group from
US$ 163.70
No hidden fees or surcharges
Free cancellation up to 48 hours before the service starts
Book

No rating yet
If you like adventure, then this kayaking trip on the Cetina River is not to be missed. Paddle and have fun as you discover the beauty of Croatia.
US$ 48.50
Book
like

No rating yet
This buggy tour will take you across beautiful landscapes of the Croatian hinterland to discover streams, lakes and rivers - enjoy the adventure!
US$ 206.10
Book
like

No rating yet
Skydive from 3000 metres and experience what it's like to free fall at 200 kilometres per hour for 1 minute with this tandem jump in Sinj!
US$ 388
Book