Discover the Olympic city built in Sochi for the 2014 Winter Games with this Adler Olympic Park Tour. Learn about the interesting details that make up the world-famous location. A must if you're visiting the Russian city! 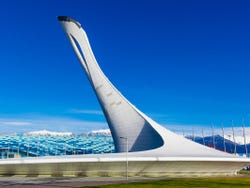 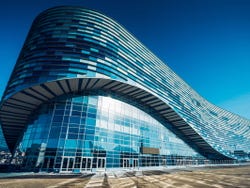 The tour will begin at Sochi Central Train Station, where we'll take the train to the Adler Olympic Station. After a little over 1 hour's journey, we'll arrive at this Olympic village built for the 2014 Olympic Winter Games.

During our journey, you'll get to know the main venue for the winter games. One of the biggest attractions is the monument that housed the torch, located next to the Fisht stadium. This stadium also hosted the 2018 World Cup.

You'll walk by the colourful fountains of the Olympic torch, the Tesla Museum, the ice hockey stadium and the Ice Cube Stadium.

The tour will end admiring the impressive amusement park on the premises.

way train ticket to the venue.

No, not advisable for people with reduced mobility.

US$ 36.20
No hidden fees or surcharges
Free cancellation up to 3 days before
Book

No rating yet
Explore the city known for hosting the Winter Olympics and the 2018 World Cup with this Sochi Guided Tour. You'll be surprised as you walk through its streets.
US$ 24.10
Book