On this guided tour around Mondesa you'll be able to get lost in African culture and find out about the impact the apartheid had on this area of Swakopmund, located on the Atlantic coast of Namibia. 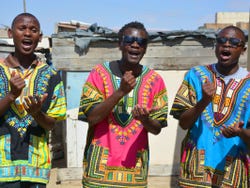 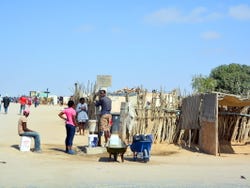 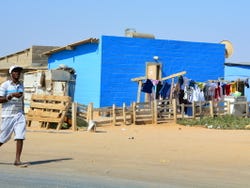 At the arranged time the guide will pick you up from your hotel in Swakopmund and set off on the tour of the Mondesa neighbourhood. On this tour we'll find out about the inhabitants of this suburb and what the influence the apartheid regime had on the area.

Mondesa was the suburb black citizens were banished to during the apartheid regime whilst white wealthy folk dominated the city. Although the racial segregation system was abolished in 1991, we can still see remnants of Mondesa's history today.

We'll explore the streets of Mondesa and get lost in its culture, meeting the locals and discovering their local delicacies. They may even offer you one of their artisan beers and typical dishes, including mopane worms (caterpillars of the emperor butterfly), a specitality of the area. During the visit we'll give you some traditional snacks to try so you can completely immerse yourself in the culture.

Meeting the locals will give you a real feel for African culture and history. You'll even learn some words in the local language, khoe-khoe, as well as the meaning of the term Ubuntu and why it became so important in Africa.

You can book up until 20 days before the activity as long as there are still places. Book now to guarantee your spot.

From
US$ 92.60
Free cancellation up to 48 hours before the service starts
Book

No rating yet
Feel at one with nature on this fantastic day trip to the Cape Cross Seal Reserve from Swakopmund. The best way to see these animals in their natural habitat.
US$ 151.60
Book
like

Sandboarding in the Namib

No rating yet
Let your adrenaline go wild as you sandboard in the Naimb desert at speeds of up to 50 mph! A must for thrill-seekers!
US$ 84.20
Book
like

No rating yet
Swakopmund is one of the most picturesque coastal towns in Namibia. Discover its history and German colonial architecture on this guided tour.
US$ 92.60
Book