Explore all the details of Etruscan culture & admire the main monuments of the historic center of Tarquinia on this guided tour. Entry to Etruscopolis included!

Explore all the details of Etruscan culture & admire the main monuments of the historic center of Tarquinia on this guided tour. Entry to Etruscopolis included! 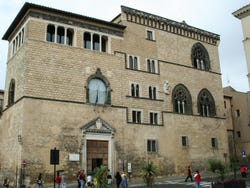 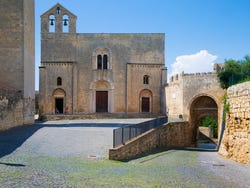 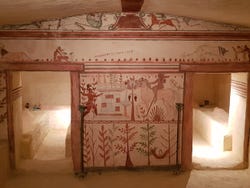 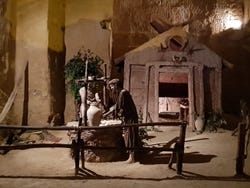 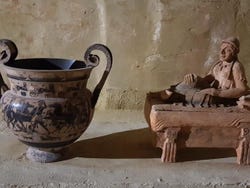 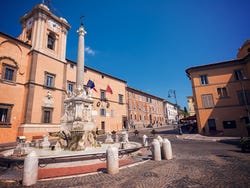 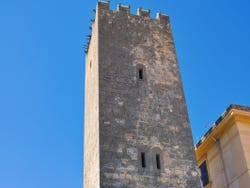 At 9 am, we'll meet on Via delle Cave Antiche near Etruscopolis, one of Tarquinia's most famous museums. Ready to explore?

We'll spend two hours exploring Etruscopolis, an exhibition that recreates an Etruscan city from the 4th century BC. During the tour of this famous underground museum, we'll discover the customs, beliefs and construction methods of this ancient civilization. We'll see decorated tombs, the rooms of various houses, clay vases, and more. A fascinating museum you don't want to miss!

After the tour of Etruscopolis, we'll begin a guided tour of the historic center of Tarquinia. For two hours we'll stroll through the old town admiring the façades of its most emblematic buildings, such as Palazzo Vitelleschi, the Communal Palace and the Convent of San Francesco.

Of course, we'll also see the 12th-century medieval Church of Santa Maria di Castello, and we'll tell you the story of the Barucci Tower. Did you know that in the past Tarquinia had more than 40 towers owned by the nobility? Less than half of them have survived to the present day.

Continuing on, we'll go to a restaurant to enjoy an exquisite menu consisting of bruschetta and a meat or pasta dish, depending on the season. We'll accompany the meal with water and a glass of local wine. Bon appetit!

At 2 pm, the tour will conclude at the restaurant, located in Piazza Santo Stefano.

The capacity of all means of transport will be reduced to 80% of their maximum capacity.

The activity takes place with a guide that speaks in English and German.

US$ 63.30
Free cancellation up to 24 hours before the service starts
Book

No rating yet
Visit one of the most famous museums of Tarquinia and discover the buildings and customs of the ancient Etruscan civilization on this guided tour of Etruscopolis.
US$ 28.30
Book
like

8 / 10 1 review
Discover the legacy of the Etruscan era with a private tour of Tarquinia. You can visit the historic center, Etruscopolis & the Monterozzi necropolis!
US$ 113.20 per group
Book
like

No rating yet
Discover the secrets of the Etruscan civilization with this Tarquinia & Tuscania Guided Tour. You'll get the chance to discover the impressive medieval city.
US$ 66.70
Book