Get to know one of the world's most famous volcanoes in-depth with this hike on Vesuvius. Accompanied by a guide you'll discover all the secrets of this volcanic cone and you'll reach an altitude of 1167 metres!

Get to know one of the world's most famous volcanoes in-depth with this hike on Vesuvius. Accompanied by a guide you'll discover all the secrets of this volcanic cone and you'll reach an altitude of 1167 metres! 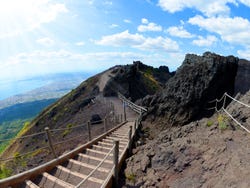 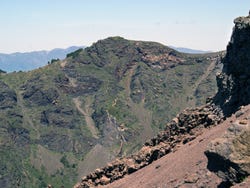 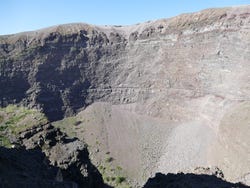 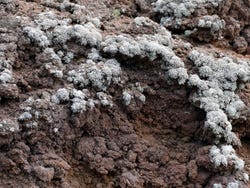 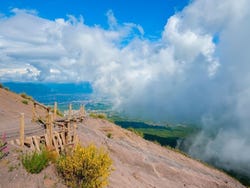 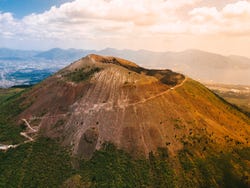 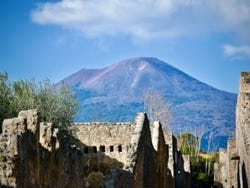 After picking you up from your hotel in Torre Annunziata at 12:30 pm, we'll head to the Vesuvius National Park, where one of the most famous volcanoes in the world awaits us!

Once we arrive at our destination, we'll start a three-hour trekking route through this spectacular natural landscape. During the walk, we'll go over the history of this volcano and its great eruption in the year 79. What were Pompeii and Herculaneum like before they were buried under lava? We'll tell you!

As we ascend we'll discover ancient lava flows and be able to admire the Gulf of Naples from above. We'll also explain the richness of these lands for cultivation, as Vesuvius has helped a lot to turn this area into an important wine region.

After the last stretch of steep slope, but facilitated by some wooden stairs, we'll reach the area known as 'La Capannuccia', located 1167 metres above sea level! From this point, we'll be able to see the volcanic cone and the typical fumaroles that demonstrate the activity of the land. After taking some pictures we'll start the descent.

We'll return to the minibus and finish the activity leaving you at your hotel at 5 pm.

8 / 10 1 review
Visit a jewel of the Tyrrhenian Sea on this boat excursion to the famous island of Capri. A beautiful historic center and breathtaking scenery await!
US$ 114.50
Book
like

No rating yet
Looking for plans while in Torre Annunziata? Visit the Regional Park of the Lattari Mountains and enjoy a trekking route on one of its most emblematic mountain
US$ 40.60
Book
like

No rating yet
This guided tour of Villa Oplontis will take you to discover the ruins of a large residential complex whose origins date back to the 1st century BC.
US$ 182.10 per group
Book