Learn the secrets of Malaga's olive oil by visiting the countryside towns of Alfarnate and Alfarnatejo, located in the heart of the Axarquia mountains. 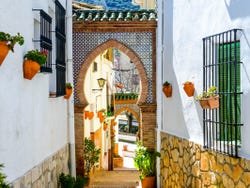 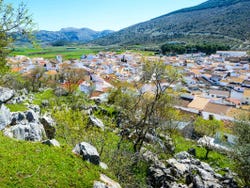 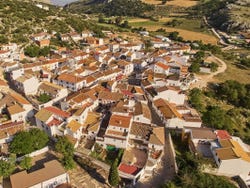 Once we've picked you up from Torre del Mar, we'll head to a hundred-year-old olive grove where we'll learn how the olives that produce the olive oil, popularly known as "the liquid gold of Andalusia", are grown and harvested.

Our route through the province of Malaga will continue in an Andalusian farmhouse where we'll learn how an olive oil mill works. Did you know that this mechanism used to extract the oil is an invention of Arab origin? After reviewing the history of this ingenious mill, we'll enjoy an olive oil tasting session. Will we be able to distinguish its varieties?

The oil tasting will whet our appetite. To satisfy it, we'll go to one of the most famous restaurants in the region: the Venta de Alfarnate. Our traditional lunch includes a typical mountain dish based on chorizo, loin, migas, fried eggs and oranges. The inn where we'll taste these delicacies also has a small Museum of the Bandit, whose objects will take us back to the time of the War of Independence started against the French in 1808.

Once we have recovered our strength, we'll go to the "Pyrenees". No, we'll not go to the Spanish-French border, but to the area of the Malaga mountains known by this name. Among its beautiful mountain landscapes, there are two beautiful white villages surrounded by olive trees: Alfarnatejo and Alfarnate. We'll take a short walk through their picturesque streets to review the history of both towns, which were of great strategic importance during the Reconquest.

After visiting these towns, we'll return to Torre del Mar.

If you prefer, you can also book this same tour departing from Nerja.

Tour of the olive grove and olive oil tasting.

10 / 10 1 review
Visit the charming white villages of La Axarquía and discover their fascinating Mudejar legacy on this day trip from Torre del Mar.
US$ 68.70
Book
like

No rating yet
The municipality of Frigiliana in Malaga is considered to be one of the most beautiful villages in Spain. Discover its beauty with this excursion.
US$ 56.90
Book
like

No rating yet
Make the most of the Costa del Sol's sun, sand and sea enjoying an unforgettable boat cruise on the Mediterranean Sea ​from Torre del Mar!
US$ 80.60
Book