Explore the Mayan ruins of Palenque, Uxmal and Chichén Itzá on this all-inclusive four day tour. Experience the best of Mexico from Villahermosa to Riviera Maya. What are you waiting for? 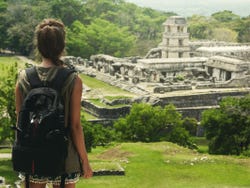 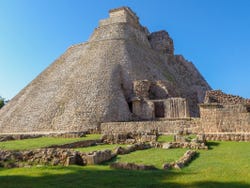 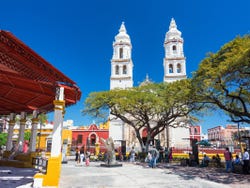 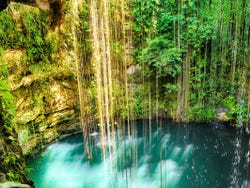 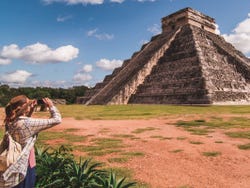 When you land in Villahermosa Airport, your guide will be waiting for you in arrivals, ready to take you to your hotel in Palenque to get settled. You'll then have the afternoon free to relax or explore the city before meeting back up for a delicious dinner.

After eating breakfast at your hotel, you'll set off to visit your first archaeological site: the Mayan ruins of Palenque, considered one of the most important examples of architecture created by the ancient civilisation. In the heart of the lush tropical jungle, you'll explore the incredible historic city and its pyramids, palace and places of worship, of which the Temple of the Inscriptions is a particular highlight. Did you know that the step pyramid is home to the sarcophagus of the 7th century ruler Pakal? Admire the Temple of the Cross, Temple of the Sun, and Temple of the Foliated Cross: you'll be enchanted by the ancient sacred sites.

At the end of your visit to Palenque, you'll set off to your next destination. During the drive along the coast, you'll enjoy beautiful panoramic views of the Gulf of Mexico. Arriving in the walled city of Campeche, you'll be taken to your hotel to eat dinner and to rest for the next day's adventure.

Having built up your energy with a hearty breakfast, you'll depart from your hotel and set off for Uxmal, one of the most emblematic cities in the ancient Puuc region. Entering the archaeological complex, you'll visit the Adivino, also known as the Pyramid of the Magician, the Nunnery Quadrangle, the Governor's Palace and the ballcourt where the Maya would play sport. A truly fascinating insight into pre-Hispanic life in Mexico!

After a tasty lunch, you'll head to the so-called White City of Merida. Enjoy a panoramic tour around the city's most iconic landmarks, passing by the elegant Paseo de Montejo avenue; the Monumento a la Patria, a monument to Mexico's heritage; the Cathedral and the Government Palaces. Your day of sightseeing will come to an end at your hotel, where you'll have dinner together.

Following breakfast at your hotel, you'll leave Merida behind and head to the famous archaeological site of Chichén Itzá. Ready to discover one of the New Seven Wonders of the World? Designated a World Heritage Site by UNESCO, this ancient Mayan city is the most famous in all of Mexico. Immerse yourself in the magic of the site as you marvel at its emblematic step pyramids and the Temple of Kukulcán, Temple of the Jaguars and the Group of a Thousand Columns amongst much more.

What's more, you'll visit the Ik Kil cenote, one of the many water-filled sinkholes dotted around Mexico's Yucatan Peninsula. You'll have the opportunity to enjoy a relaxing dip in the crystal-clear waters of the natural pool while admiring the surrounding jungle landscapes.

After a final lunch together, you'll make the journey to your hotel in Cancun or Riviera Maya, where your unforgettable four-day adventure will come to an end.

This four-day tour includes three nights accommodation in the following hotels (or similar, depending on availability):

Pick up from Villahermosa airport.

Hotel in Cancún or Riviera Maya.

You can book up to 8 days before (Villahermosa local time) if there are still places available.

from
US$ 977
No hidden fees or surcharges
Book

Non refundable. You may not cancel this activity.
When the minimum number of participants (2) is not reached, we will contact you to offer you other alternatives.