The ancient Romans founded Caesaraugusta. Under Muslim rule, it became Saraqusta. Discover the fascinating history of Zaragoza on this guided walking tour of the city. What's more, it's free! 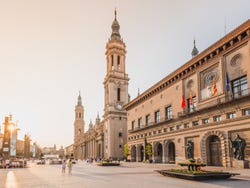 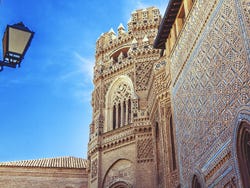 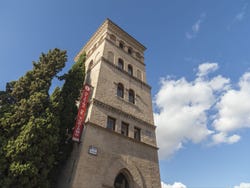 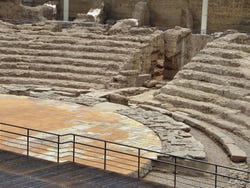 You can book up to 2 days before (Zaragoza local time) if there are still places available.

It was an excellent guided tour by a delightful young woman who was very knowledgeable. We enjoyed her company very much. We are only sorry that we couldn’t afford to pay her more.

Triana was TERRIFIC!! This was a fab tour...very informative and she really knows her stuff. We've done many walking tours and this was right up there at the top of our list. Anyone visiting Zaragoza should do this tour... and if you are lucky, Triana will be your guide!!

Triana has been amazing!! Good English and understanding of Zaragoza. We had a great time walking with her. Highly recomended!!

It was only my friend and I on the English tour and our guide, Lorenzo, was very nice, kind and knowledgeable. We definitely recommend it!

10 / 10 7 reviews
Explore Zaragoza's historic centre and learn all about its fascinating history thanks to an exclusive expert guide. Undoubtedly the best way to discover the city
US$ 97.40 per group
Book
like

8.50 / 10 8 reviews
Discover Zaragoza in a unique way exploring its beautiful streets and hidden corners when you take our fantastic sightseeing bus night tour.
US$ 11.90
Book
like

No rating yet
Travel through five continents in the Zaragoza Aquarium and discover the marine life from the most important rivers on the planet.
US$ 16.10
Book