Explore the Great Wall of China, the Forbidden City, the Yu Garden and the Water Town and more with this Beijing and Shanghai Tour Package lasting 7 days. 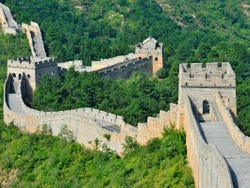 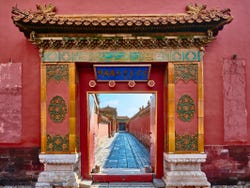 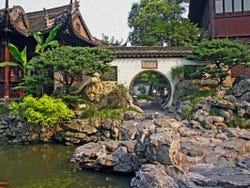 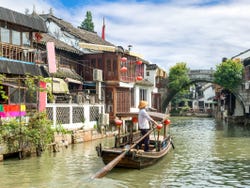 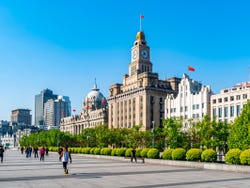 Upon arrival at Beijing airport, we'll be holding a sign with your name on waiting to take you to the hotel in which you'll stay for the next 3 nights. After checking in you'll have the rest of the day free to settle in.

After having breakfast at the hotel, we'll explore some of the most symbolic locations around the Chinese capital. Our first stop will be Tiananmen Square, the biggest in the world and used for important political events. From this iconic site, we'll see other characteristic landmarks including, the Forbidden City, containing the Imperial Palace home to Chinese Emperors up to 1911.

Following on, we'll have around an hour and a half to eat lunch at a traditional local restaurant. Next, we'll explore the famous Hutong streets of the Beijing old town, before going to the Jingshan Park where we'll visit a Chinese Tea House.

The day will end at 5:30 pm when we'll go back to the hotel so that you can prepare for your evening meal and discover Beijing's nightlife.

The day will start by picking you up from your hotel at 8:00 am and head to the outskirts of the city to one of China's most historic sites as well as the world's most impressive landmarks, the Great Wall of China. We'll visit the famous Mutianyu area by cable car, from which we'll get an aerial view of one of the impressive Seven Modern Wonders of the World.

At 12:30 pm we'll go to a local restaurant and then make our way back to Beijing. There will be stops along the way at the National Stadium, also known as the Bird's Nest, and the National Aquatics Centre, known as the Water Cube. Both of which were built for the 2008 Olympic Games. We'll also stop at the Pearl Museum. The day will finish at 5:30 pm.

We'll have breakfast and go to the Beijing train station, where you'll board a high-speed train to Shanghai which will take approximately 5 hours and a half. When you arrive the guide will be at the station exit waiting to take you to your hotel. You'll have the rest of the day free.

At 9:00 am we'll meet in the hotel and go to Shanghai's historic centre. Here we'll admire the 1960's architectural style of the traditional Shikumen buildings, known as the 'Stone Houses', which combines western and eastern elements.

After wandering around the area, we'll go to the Yu Garden, a traditional Chinese garden designed by the Ming dynasty in the 16th Century. Then we'll have lunch at a local restaurant.

The tour will continue at 1:30 pm as we head to Shanghai Old Street, full of traditional shops and souvenirs. We'll also go to the Silk Museum and explore the Bund area of the city with remarkable views of the Oriental Pearl Tower. Later, we'll go to Lujiazui, Shanghai's financial district located on a peninsula which curves along the Huangpu River. Its impressive skyscrapers stand out across the area and include one of the world's tallest skyscrapers, measuring over 490 metres (1600 ft).

Once we've had breakfast, we'll head to the first stop of the day, Zhujiajiao. The Water Town is a small and picturesque area of the city where time stands still. The group of traditional houses, which formed the hub for trade and transportation of goods, is over 400 years old. You'll have free time to explore the interesting streets or board a boat tour through the canals at your own pace.

At lunchtime, we'll meet up to eat in a local restaurant and go back to the hotel in Shanghai.

You'll have the day free to explore Shanghai and, depending on your flight departure time, we'll meet to take you to the airport where the tour will end.

For this tour, you'll need a flight arriving into Beijing and a flight departing from Shanghai, arriving on the day you have booked and departing seven days later, i.e. if you arrive on Monday you will depart the following Sunday.

Please note that during the high-speed train journey from Beijing to Shanghai you won't be accompanied by a guide, but someone will be waiting for you upon arrival in Shanghai.

4 lunch meals are included in this 7 day Beijing and Shanghai tour package, the exceptions are the first, fourth and last days. The evening meals are at your leisure.

The accommodation for the 6 nights includes breakfast every day.

This 7 day Beijing and Shanghai tour includes 6 nights accommodation in a double room.

The price indicated is per person staying in a double room. If you're travelling by yourself please contact us to receive a personalised quote and book.

When booking you can choose to stay in a 3 star hotel (standard) or a 5 star hotel (superior). Depending on the availability the hotels will be one of the following:

Pick up from Beijing airport.

6 night accommodation in 3 star or 5 star hotels with breakfast.

You can book up to 30 days before (Beijing local time) if there are still places available.

Free! Free cancellation up to 15 days before the day of the activity. If you cancel under this time or do not show up, you will not be refunded.
When the minimum number of participants (2) is not reached, we will contact you to offer you other alternatives.
like

7.30 / 10 8 reviews
Discover the iconic Great Wall of China at Simatai, one of its best-preserved sections, and the incredible Gubei Water Town on this day trip from Beijing.
US$ 71.50
Book
like

7.90 / 10 18 reviews
Visit Tiananmen Square, the Mausoleum of Mao Zedong, the Forbidden City, and the traditional 'hutong' streets, on our fantastic guided tour of Beijing.
US$ 200 per group
Book
like New

New
Discover the unique charms of China, Mongolia and Russia as you travel across ten cities and two continents on board the luxurious Trans-Siberian Railway.
US$ 6,666.30
Book