On this tour we will get up close and personal with the figure of Adolf Hitler, to discover how he came to power, what were his ideas, and where he ended his life... get to know the why and the how from start to finish. 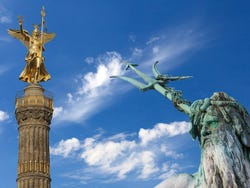 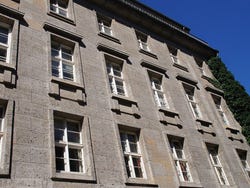 On this trip we will pass through the stage upon which the fateful Nazi story was played out over the course of 12 years; devastating the world. On our journey we will learn about the key points in the story: the Treaty of Versailles, Operation Valkyrie, and of course the Second World War.

While visiting these places you will discover the details of Hitler's ideas and rise to power. You will come to understand the power of Nazi propaganda, and its application in art, religion, justice and the beginnings of the regime.

Following the footsteps of the Führer, we will get to know the other principal actors in the Nazi project, their power structures, urban planning and the extermination plans they developed. The tour will also dig into some of the stories of resistance to the regime, and the terrible fates suffered by their leaders.

The tour ends with the fall of the Führer, in the place where he ended his life, the infamous Führerbunker, the centre of the Nazi regime in the weeks leading up to the fall of Berlin.

Some of the main points of interest are: The Reichstag, the Jewish neighbourhood, the Soviet Memorial, The Ministry of Propaganda, The Reich Chancellery and The Führerbunker.

To ensure value for money on your tour, we will move around the city using Berlin's public transport. To be able to take this tour, it is necessary that you have the metro pass for zones A and B. If you have not already purchased this at the beginning of the tour, our guide will help you.

Metro card zones A and B

So interesting, even if I have seen plenty of museum on the subject, the guide made it captivating, sometimes funny, sometimes more serious and emotional. It was perfect!

Tour was very interesting and India was excellent at explaining and engaging and very friendly and helpful!

Our guide, Hannah, was awesome. Knowledgeable and enthusiastic. This tour is a must when visiting Berlin

9.5 / 10 109 reviews
An unmissable sight in Berlin which, although perhaps not the most agreeable, brings you face to face with the realities of the Nazi regime in a moving and powerful experience.
US$ 19.90
Book
Free