On this tour we'll head to the north coast of Boston, visiting Salem, known for witchcraft, and Marblehead, the birthplace of the American Navy. 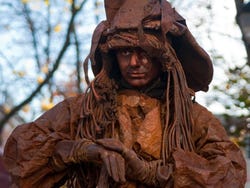 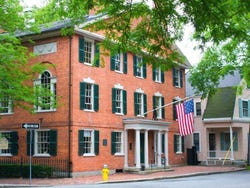 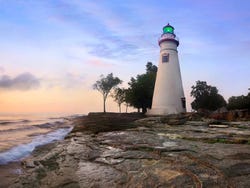 After picking you up from your hotel in Boston, we'll leave the city centre behind us and set off for Marblehead, a beautiful coastal town north of Boston.

The contrasts of Marblehead's rocky coasts and its luxurious yacht clubs make it an ideal place for photography lovers. It is also said to be the birthplace of the American Navy. Here we'll visit Abbot Hall, the town hall built in 1876, where we'll listen to a short talk and admire the famous painting by Archibald Willard "The Spirit of '76".

Our next stop will be the eerie city of Salem, notorious for the infamous witch trials that took place in 1692. It was in Salem where the Puritans settled upon their arrival from England and where over 200 people were accused of witchcraft, most of whom were hanged.

As well as witches, you'll be able to see what was a classic city of New England, full of elegant, perfectly-preserved mansions, the former residences of captains and businessmen from the nineteenth century.

You'll be free to explore Salem at your leisure, so you'll get the chance to see incredible monuments such as Custom House, The House of the Seven Gables and the Salem Witch Museum. Other attractions in the city include the Pirate Museum, the Witch Museum, the Wax Museum and the Witch House, where Judge Jonathan Corwin lived during the witchcraft era.

After a fantastic few hours, we'll make our way back to Boston.

No rating yet
Have fun in Boston and learn about its history with this Independence Pub Crawl. You'll visit four historic taverns and try local beers.
US$ 47.24
Book
like

9 / 10 2 reviews
The Boston Explorer Pass offers free admission to 3, 4 or 5 of the city’s main tourist attractions. Design your own itinerary and save up 35%!
US$ 82
Book
like

No rating yet
Have fun discovering the secrets of the universe with a visit to the Boston Museum of Science- over 700 interactive exhibits await you!
US$ 28
Book