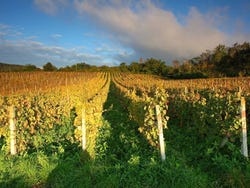 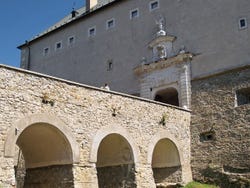 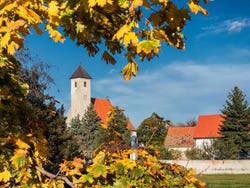 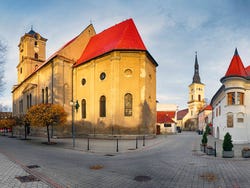 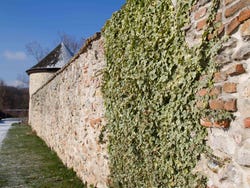 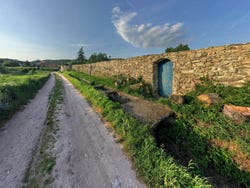 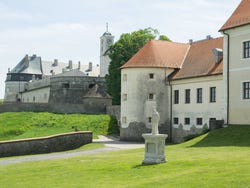 After being picked up from your hotel, you'll leave the Slovakian capital behind, delving deep into the hilly landscapes of the Bratislava and Trnava agricultural zones. The area has been famous for its vineyards for over 2000 years, when it provided forts and towns of the Roman Empire with wine.

Your tour will take you to the area surrounding the Little Carpathians, where you'll explore the historic royal towns of Svaty Jur, Pezinok and Modra, which were founded between the 12th and 14th centuries in the Kingdom of Hungary. While they're all known for their location on one of Slovakia's most famous wine routes, Modra is also well known for its production of ceramics. The blue and white porcelain is famous throughout the country and is particularly popular with souvenir shoppers.

The next stop on your tour will be Cerveny Kamen Castle, also known as "Red Stone Castle". As well as its legendary history, the castle is also home to a unique collection of furniture, antique weapons and immense cellars.

Before returning to Bratislava, you'll make a final stop in a traditional winery, where you'll enjoy a tasting of some of the region's best wines.

The tour will finish in Bratislava city centre.

US$ 87.40
Free cancellation up to 48 hours before the service starts
Book

8.90 / 10 60 reviews
Explore the unmissable sights of the Slovak capital aboard a historic vehicle. Enjoy tradition and history in comfort on this tour of Bratislava by train.
US$ 13.50
Book
like

9 / 10 2 reviews
This night tour of Bratislava explores the city's iconic landmarks and their illuminations. Discover the views of the city from the castle and the UFO viewpoint
US$ 39.20
Book
like

9.50 / 10 50 reviews
Discover the best of Bratislava with an exclusive guide. Visit the landmarks that interest you the most and discover the Slovakian capital's fascinating history
US$ 89.70 per group
Book