Discover the Bellu cemetery, the urban art on Arthur Verona street and all the other parts of undiscovered Bucharest on this alternative tour. 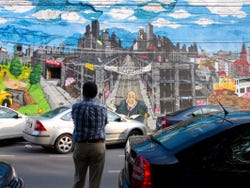 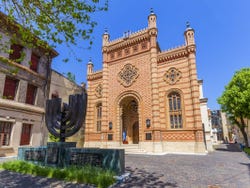 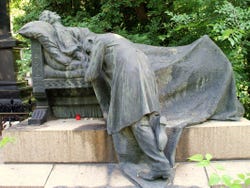 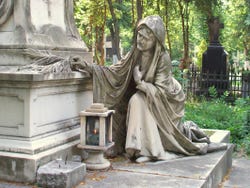 We'll set off to discover the undiscovered Bucharest starting at the Boulevardul General Gheorghe Magheru, where we'll meet at 10.30 am.

From the meeting point, we'll head straight to Arthur Verona Street, famous for its murals of urban art. What do these spray paintings represent? What messages were the artists trying to portray? We'll discuss the meanings of these fascinating works of street art!

Then we'll head to the spectacular Casa Universitarilor. As we marvel at its neo-gothic architecture, we'll learn about this building's unique origins. The next stop will be the Jewish Quarter, where we'll admire the façades of its most important monuments, among which is the Templul Coral, a synagogue that was totally rebuilt after it was destroyed in the Second World War.

Afterwards, we'll delve into the darkest parts of Bucharest's history and hop on the metro to Eroii Revolutiei: the closest station to the Bellu Cemetery, known for its magnificent mausoleums and sculptures. We'll even hear some chilling stories about some of the people historically buried here, such as the Romanian poet Iulia Hasdeu...

The tour will end at the entrance to Bellu Cemetery.

You can book up until the previous day (11:00 AM local time) if there are still places available.

US$ 33.50
No hidden fees or surcharges
Free cancellation up to 24 hours before the service starts
Book

9.60 / 10 1,141 reviews
Discover the beautiful old town and the most interesting spots in this city of contrasts, and best of all, discover it all for free!
Free!
Book
like

No rating yet
Discover the beauty of Romania's coastline on this day trip to the Black Sea. Historic Constanta and stunning Mamaia Beach await you!
US$ 96.40
Book
like

No rating yet
Escape the Romanian capital for a day and explore the Slanic Salt Mines on this day trip from Bucharest. Discover the largest salt mines in Europe!
US$ 78
Book