Explore the pearl of the Danube on wheels with this Budapest Bike Tour. Cycle past the Hungarian Parliament, Heroes' Square, the Tree of Life and much more. 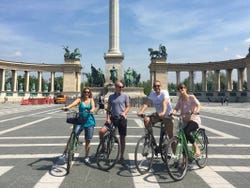 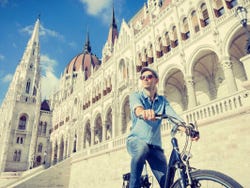 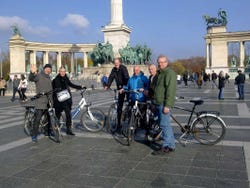 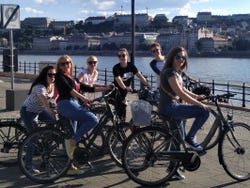 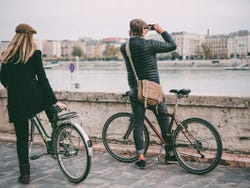 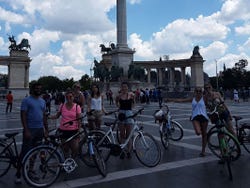 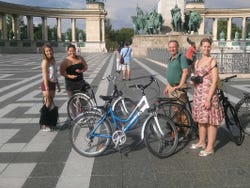 First, we'll pass by Liberty Square, where we can see the Holocaust Memorial. Then, we'll be led to the Hungarian Parliament building, the second largest in the world. Its neo-gothic details are remarkable, and its location on the banks of the Danube will captivate you completely.

Following on, the tour will pedal past the Budapest Opera House and the House of Photography, a building that dates back to the end of the 19th century. Nearby we'll find the majestic Andrássy Avenue and the Heroes' Square, where you'll see the statues of important Hungarian leaders.

We'll also have the opportunity to walk around the city's park and find the Vajdahunyad Castle. It'll seem like something out of a fairy tale! Afterwards, we'll visit the Jewish Quarter to admire the Budapest Synagogue and the famous Tree of Life.

Finally, we'll pedal next to the biggest thermal baths of the Hungarian capital, the Széchenyi Baths. After eight kilometres and two and a half hours of cycling, the tour will end at the meeting point.

US$ 28.60
Free cancellation up to 24 hours before the service starts
Book

9.30 / 10 1,377 reviews
Explore Budapest from the water on a cruise along the Danube and enjoy breath-taking views of the city with pre-recorded commentary in English and free drinks.
US$ 16.30
Book
like

8 / 10 968 reviews
The best way to explore Budapest’s surroundings is by booking a full-day trip to three of the most picturesque towns on the Danube Bend: Esztergom, Visegrád and Szentendre.
US$ 66.80
Book
like

9.10 / 10 4,038 reviews
Budapest is one of the most beautiful cities by night with its dazzling attractions lit up. Take a 1-hour cruise along the Danube and enjoy breath-taking views.
US$ 22.70
Book