On this tour we will delve into Argentina’s footballing history, visiting the country’s two most famous stadiums – La Bombonera of Boca Juniors and Monumental of River Plate. 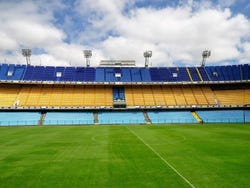 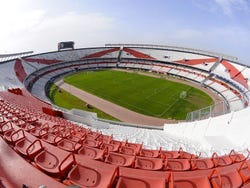 Our tour kicks off by heading to the south of Buenos Aires to visit La Bombonera, the stadium of Boca Juniors, located in La Boca neighborhood. As we approach the stadium, the football fervor will become increasingly more intense.

Inside the stadium, you will see the favorite seating areas of the fans, the sector which is home to the notorious ‘La 12’ ultras, the changing rooms, and the grandstand where Maradona's executive box is found.

Also, in the stadium, you will visit the Passion of Boca Juniors Museum, where you learn about the history of the club and the players that have passed through it, the evolution of the shirt, the trophy cabinet, and another wonderful surprise.

After the visit, you will have your own free time to visit the shop and eat nearby (not included).

In the afternoon, we will head to the north of Buenos Aires to visit the new stadium of River Plate, a team that also first began in La Boca. In the neighborhood of Belgrano, we will circle the stadium, see the neighboring Tiro Federal football club and the entrance to the River Plate Museum, the most modern in Argentina.

In the museum we hear about the glorious history of the club from its founding in 1901, its biggest stars and the trophies won.

Entering the stadium, which looks more like a social club and sports center, you will see 10 tennis courts, the Olympic swimming pool, and the youth team’s training pitch. Once inside you will find the tea room, the press room, the trophy hall, the executive box, the premium stands and, as the icing on the cake, the football pitch itself.

After six unforgettable hours for lovers of football, we return to the meeting point.

When making your reservation, you'll have the choice between the following options:

Entrance into the stadiums.

You can book up until the previous day (4:00 pm) if there are still places available.

from
US$ 51.90
No hidden fees or surcharges
Free cancellation up to 3 days before
Book

The tour was very good. The tour guide was a great person, he gave me tips of what to in Buenos Aires and what not to do and what to watch out for. The only setback was that my confirmation said that the tour started at 11am but it started at 10am, so i had to take a Taxi to Boca Junior’s stadium, La Bombonera, to meet the guide there. It made for a very stressful start to my stay in Buenos Aires. However the tour went very smoothly and great after that. Visiting El Caminito was great!

9.50 / 10 135 reviews
Discover the streets and monuments of one of the most stately and imposing neighbourhoods of Buenos Aires with this free tour of La Recoleta.
Free!
Book
like Free

9.50 / 10 266 reviews
Want to know the origin of the Argentinian capital? This free walking tour of Buenos Aires is the best way to get to know its historic centre.
Free!
Book
like

9.20 / 10 13 reviews
Discover the best spots in Buenos Aires with this private tour around the capital city with a private guide for you, your partner, family or friends.
US$ 169.40 per group
Book