On this tour we'll follow in the footsteps of the Jewish community, visiting synagogues, squares and the most emblematic institutions. Plus you'll have a private tour guide exclusively for your party. 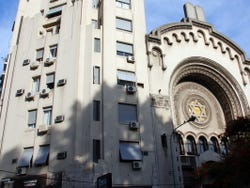 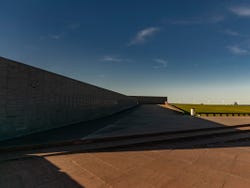 When you book a private tour, you'll have an English speaking expert guide exclusively for you, your friends and family. Not only does this mean that the tour can be customised to suit your tastes, but if you're a large party, you may even save money!

The private tour will start at 9 am, when we pick you up from your hotel in Buenos Aires, ready to explore the Jewish legacy in the Argentinan capital.

Firstly, we'll head to Plaza de la Memoria, the square where the Isreali Embassy in Argentina was located until a horrific terrorist attack on the building caused 29 deaths and more than 200 wounded. Ever since the attack, the square has housed a large monument in memory of the victims and in solidarity with the Israeli State.

We'll then leave the square and make our way to Templo de la Libertad, also known as the Synagogue of the Israelite Argentine Congregation. This is the largest and the oldest Jewish temple in Argentina.

Of course, we cannot forget to visit one of the central hubs for the Jewish community in Buenos Aires; AMIA (Argentine Israelite Mutual Aid Association). Your guide will tell you all about the history of this organisation, as well as the functions and initiatives that are taken here to improve the lives of Jewish citizens.

Finally, we'll visit the Once neighbourhood, where the majority of the Jewish community live. This area is jam-packed with synagogues, kosher restaurants and markets with specific products. One of the places we'll visit here is the Templo de Paso, one of the most beautiful synagogues in South America.

Our private tour of the Jewish Quarter will then come to an end and we'll drop you back at your hotel at around 1 pm.

Entrance to the Holocaust Museum.

Per group from
US$ 227.40
No hidden fees or surcharges
Book

7.80 / 10 12 reviews
If you find yourself in the wonderful city of Buenos Aires then a boat trip along the River Plate is simply an unmissable experience.
US$ 25
Book
like

9.40 / 10 7 reviews
Experience Argentinian culture with its most characteristic dance at this Tango show at the Astor Piazzolla Theatre.
US$ 37.80
Book
like

8 / 10 1 review
Let the sensual dance of the Tango seduce you at this fantastic show at Café de los Angelitos, one of the most iconic venues in Buenos Aires.
US$ 65
Book