Enjoy a peaceful yacht ride along the coast of Almeria on our Cape Cat Coves Yacht Trip. You'll sail between Carboneras and Agua Amarga as you skirt a breathtaking coast lined with coves and beaches.

Enjoy a peaceful yacht ride along the coast of Almeria on our Cape Cat Coves Yacht Trip. You'll sail between Carboneras and Agua Amarga as you skirt a breathtaking coast lined with coves and beaches. 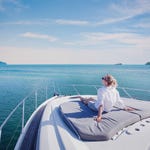 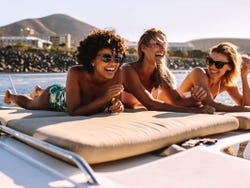 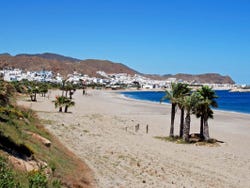 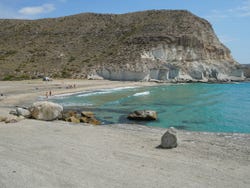 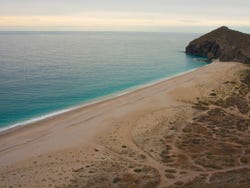 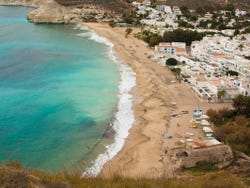 At your chosen time, we'll set sail from the port of Carboneras and head south. During our 2 hour trip, we'll sail along the coast of Almeria and discover the beautiful coves and beaches that lie on the coastline of the Cape Cat-Níjar Natural Park.

Shortly after leaving Carboneras, we'll see El Corral Cove and, a little further south, the long Los Muertos Beach. We'll discover why this beach has such an ominous name ('Beach of the Dead') as we cruise through the Mediterranean and sail around the interestingly named Half Orange Point.

To the west of Half Orange Point, we'll spot a series of inaccessible coves that we'll observe from the deck of the yacht. These include Castillo, Sorbas, Arena and Chica Cove. If the weather conditions are favourable, we'll take a 15-minute break in one of these coves so you can have a swim.

Our yacht trip will then continue towards Agua Amarga and Enmedio Cove. The beach of Enmedio Cove is located in a stunning part of Almeria's coastline which can only be accessed by the sea. Lucky us!

From Enmedio cove, we'll head back to the port of Carboneras where our activity will end.

Boat trip along the coast of Almeria

English speaking guide on board

Only some areas are accessible. This must be indicated in the reservation.

8.70 / 10 11 reviews
Sail through Cape Cat towards Agua Amarga on our Carboneras Private Sunset Yacht Trip. This unique and unforgettable experience is perfect for families, friends and couples.
US$ 434 per group
Book
like

10 / 10 3 reviews
Travel through the breathtaking Cape Cat-Níjar Natural Park on our Cape Cat Buggy Tour. You'll see beautiful views of Almeria's different landscapes during this exhilarating activity.
US$ 260.40
Book
like

9.60 / 10 5 reviews
If you're looking for fun activities in Carboneras, join us on our Cape Cat Boat Trip! You'll see coves, learn about the history of San Pedro Castle, take a swim and, hopefully, spot dolphins.
US$ 98.30
Book