Visit the south of France & explore its rich historical & gastronomic heritage on this day trip to Gruissan, Narbonne & Lagrasse. Get to know three beautiful towns in Occitania in one day!

Visit the south of France & explore its rich historical & gastronomic heritage on this day trip to Gruissan, Narbonne & Lagrasse. Get to know three beautiful towns in Occitania in one day! 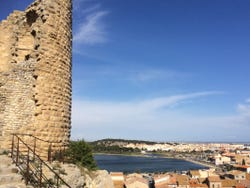 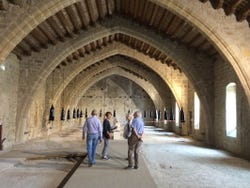 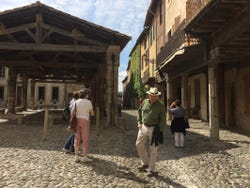 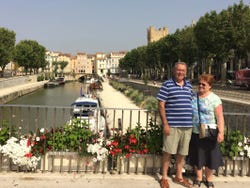 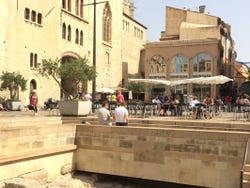 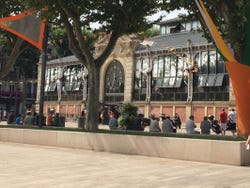 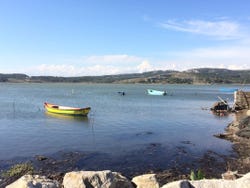 At 9 am on the morning of the tour, we'll meet at Place du Prado in Carcassonne. From there, we'll drive to different villages in the department of Aude: one of the most beautiful regions of the Occitania region in southern France.

After a one-hour drive, we'll arrive in Gruissan, a beautiful seaside village known for the salt marshes of the island of Saint Martin. Here, we'll admire beautiful landscapes and visit the ruins of the town's medieval castle, where you'll take in extraordinary views of the surrounding area.

Narbonne is our next stop, only 20 minutes away. In this old Roman city, we'll go on a stroll through its picturesque historic center. You'll see its most emblematic monument, the Narbonne Cathedral, an imposing 13th-century Gothic temple that was never completed.

After the tour, you'll have an hour and a half of free time in Narbonne to sample the gastronomy of the south of France. We also recommend visiting the covered market of Les Halles, where you can taste the most typical products of the city and the surrounding areas.

Our last stop of the day will be in Lagrasse, one of the most beautiful villages in France. We'll take a pleasant walk through the medieval streets of this town, taking in all its charm. We'll also visit the Lagrasse Abbey, which according to legend was founded in the 8th century by Charlemagne himself!

Later, we'll return to the meeting point in Carcassonne, arriving at 6 pm.

The activity takes place with a guide that speaks in english and french.

Transport by bus or minibus

You don’t need to print any tickets or receipts for this activity. The organizer will have a list with the people who have signed up, so all you have to do is give your name.

9.10 / 10 226 reviews
Explore one of the best-preserved medieval citadels in Europe when you buy a ticket for the castle and walls of Carcasonne.
US$ 11.30
Book
like

9.30 / 10 3 reviews
The Cathars left many secrets within the walls of Carcassonne. Discover all the myths and legends when you take our fantastic guided tour.
US$ 185 per group
Book
like New

New
Explore the old town in Southern France with this Carcassonne Guided Tour. You'll discover one of the most beautiful historic towns in the Occitania region.
US$ 21.30
Book