Kaysersberg, Riquewihr, the Alsatian Wine Route, Hunawihr... Discover the most picturesque villages and beautiful landscapes of eastern France on this guided tour around Alsace. 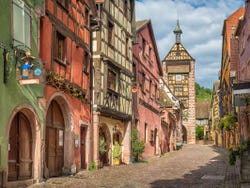 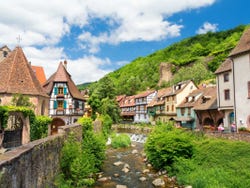 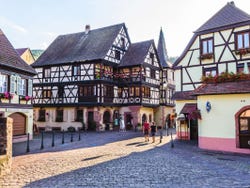 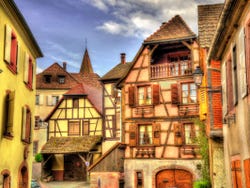 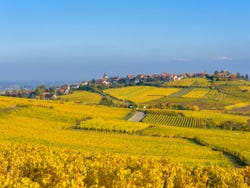 Having met your guide in Colmar at the scheduled time, you'll begin your route around the villages of Alsace. Spend four hours exploring this beautiful area of north-eastern France, where the history and architecture are emblematic of its location on the German border.

After around a thirty minute bus journey, you'll arrive in the town of Kaysersberg. Accompanied by your guide, you'll stroll through its picturesque streets and admire its historic buildings, soon understanding why it was voted "France's favourite town" on a 2017 TV show.

You'll then drive along the famous Alsace Wine Route, which covers over 170 km (105 miles) of wine-producing villages and vineyards in the region, enjoying the panoramic views of luscious green vines, elegant châteaus, and Renaissance buildings dotted over the fields.

The next stop on your tour will be one of the villages on the wine route: Riquewihr. Follow your guide on a tour around the most important historic sites in Riquewihr, discovering the incredibly well-preserved 16th century houses which have survived conflicts like World War II.

Finally, you'll visit one of Alsace's most beautiful towns, Hunawihr, where you'll be immersed in Alsatian culture and heritage. From houses built five centuries ago, to the Renaissance-style town hall, to a Medieval church used as an air raid shelter, you'll be left in awe of this magical village.

At the end of your tour of the villages of Alsace, you'll return to the centre of Colmar.

Transport by air conditioned minibus with WiFi on board.

US$ 64.70
Free cancellation up to 24 hours before the service starts
Book

No rating yet
Discover the secrets of one of the world's most famous wine-producing regions on this wine tasting tour of Alsace from Colmar.
US$ 88.20
Book
like

No rating yet
The Pass'Alsace Tourist Card is the ideal option if you are staying Colmar, with free access to over 50 top landmarks.
US$ 29.40
Book
like Free

No rating yet
Discover the enchanting postcard town in northeastern France, that you won't want to leave, with this Colmar Free Tour. Learn about the Alsace city's history
Free!
Book