Magnificent architecture, cultural diversity, the country's cradle of arts, sciences and literature... Immerse yourself in the incredible city of Cuenca and discover why it's known as the "Athens of Ecuador". 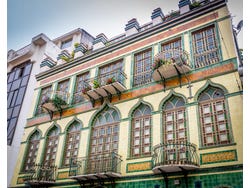 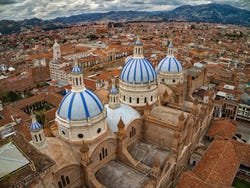 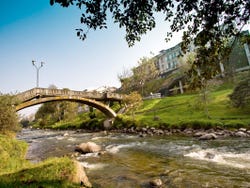 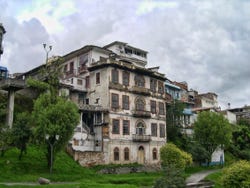 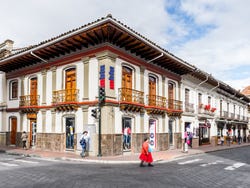 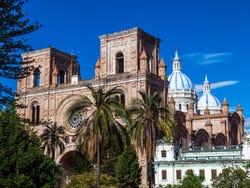 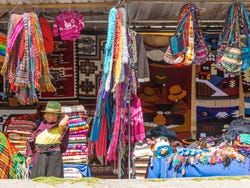 After being picked up from your hotel, you'll make your way to Cuenca's old town. One of the largest and best-preserved historic city centres in Ecuador, it has been designated a World Heritage Site by UNESCO.

Your guided tour of Cuenca will begin in the Plaza de San Sebastián, a peaceful square at the western edge of the colonial centre, where the 19th century Church of San Sebastián takes pride of place. At the Museum of Modern Art, located in the former Casa de la Temperancia - which has its own interesting history - you'll enjoy a number of exhibitions of contemporary art by both Ecuadorian and foreign artists.

As you delve deeper into the historic city centre, you'll learn more about the daily life of Cuenca's locals, visiting favourite spots such as the San Francisco market. Let the vibrant colours and enticing aromas of the popular open-air flower market at the Plaza de las Flores captivate you - a truly beautiful sight.

Surrounded by lofty pines in Abdón Calderón Park, admire the view of the 16th century Baroque-style Old Cathedral side by side with the New Cathedral. Inside the latter, built when the colonial church became too small for Cuenca's growing population, admire the grand golf-leaf altar and the floors of pink marble imported from Carrara, in Italy.

The next stop on your tour will be at a factory where traditional toquilla straw hats, popularly known as Panama hats despite their Ecuadorian origins, are made. Discover the history and process of hat weaving, a handicraft that has been recognised as practice of Intangible Cultural Heritage.

You'll then head down to the banks of the River Tomebamba where you'll see the colonial "hanging houses" overlooking the river, and the famous Puento Roto, or Broken Bridge. For the finishing touch on this comprehensive tour of the cultural capital of Ecuador, you'll head up to the Turi viewpoint to enjoy spectacular views over Cuenca.

At the end of your tour, you'll be dropped back off at your hotel.

This tour includes pick up and drop off at the main hotels in Cuenca: Carvallo, El Dorado, Macondo, Casa del Águila, Victoria, Santa Lucía and Mansión Alcázar. If your accommodation is not located in the pick up zone, the meeting point will be the Hotel Carvallo.

Entry to the New Cathedral of Cuenca.

37% discount on the official ticket price.

You can book up until the same day (6:30 AM local time) if there are still places available.

These are genuine reviews written by our customers.
8.5
8.5 4 reviews

I travelled with my partner
Show all the reviews
-42%

9.3 / 10 3 reviews
Discover the secrets of Ecuadorian craftwork on this day trip to San Bartolomé, Chordeleg and Gualaceo from Cuenca.
US$ 43 US$ 25
Book
-32%

9.8 / 10 8 reviews
Take the vertigo-inducing train down the famous Devil's Nose and travel back in time visiting the Inca ruins of Ingapirca on this day trip from Cuenca.
US$ 117 US$ 79
Book

10 / 10 4 reviews
Climb aboard a double decker bus and set off to explore the Cajas National Park. You'll be enchanted by the beautiful mountain landscapes of Ecuador!
US$ 30
Book