Go on a comfortable and exciting ride through the historic center of Genoa with this tuk tuk tour. You'll see the city's most important monuments!

Go on a comfortable and exciting ride through the historic center of Genoa with this tuk tuk tour. You'll see the city's most important monuments! 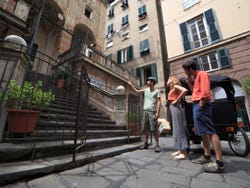 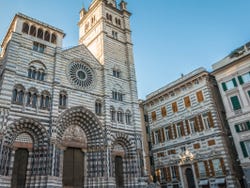 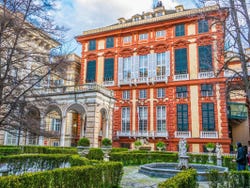 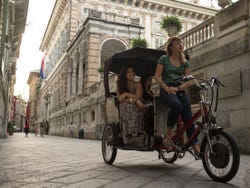 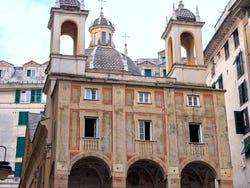 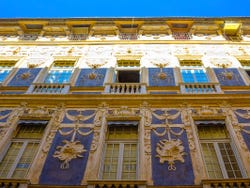 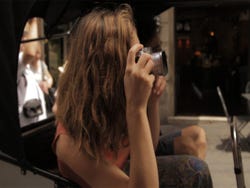 At the time of your choice, we'll meet on Via di Prè to board a tuk tuk that will take us to discover the historic center of Genoa. Off we go!

We'll tour the port area of Genoa and enter the Maddalena district to explore Via Garibaldi, one of the most important streets of the city. Here, we'll see some of the most famous palaces of Genoese nobility, most of which were built between the 16th and 18th centuries.

During the tour, your driver will serve as your guide, revealing many curiosities about the city and its most emblematic places. Of course, we'll also make several stops for you to take pictures, so keep your cameras handy!

On board the tuk tuk, you'll also check out the exterior of the famous Cattedrale di San Lorenzo (Genoa Cathedral), the most important temple in the city. Nearby, we'll marvel at some of Genoa's most beautiful squares, including the charming Piazza Banchi and Piazza De Ferrari.

Then, after an hour of sightseeing, we'll return to the starting point and the tour will come to an end.

Each vehicle, in addition to the driver, can accommodate a maximum of two adults accompanied by two children under 6 years of age.

Private tour, exclusive for you and your group

Intellectual: Varies according to the attraction included.

Per group from
US$ 50.90
Free cancellation up to 24 hours before the service starts
Book

9.10 / 10 9 reviews
Enjoy a guided walking tour through the magical Italian city of Genoa. Your ticket includes a tour of the historic city centre and entry to the Strada Nuova Museums.
US$ 19.80
Book
like

10 / 10 2 reviews
Do you love culture and food? Then don't miss this gastronomic tour of Genoa. We'll explore this city's streets while discovering the flavours of Ligurian food,
US$ 66.70
Book
like

8.50 / 10 48 reviews
Discover the essential sights around the famous Italian city of Genoa in the most comfortable way when you take our fantastic sightseeing bus tour.
US$ 21.40
Book