Experience the best of Ecuador on this three day tour package. You'll explore the beautiful nature of the Cajas National Park and the Avenue of the Volcanoes; delve into Cuenca's culture and history, and take a ride on the Devil's Nose train... if you dare! 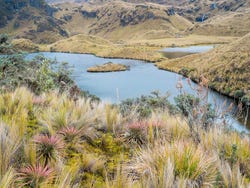 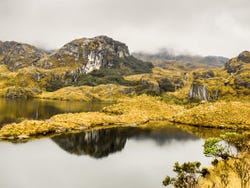 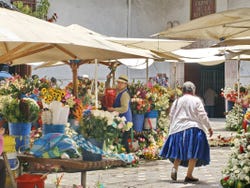 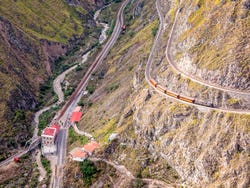 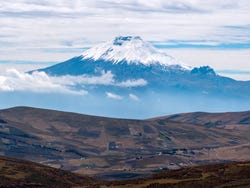 On the first day of your tour, you'll be picked up from your hotel in Guayaquil at around midday. From here, you'll begin your route around rural Ecuador, discovering the beauty of the different landscapes as you pass the banana and cacao plantations along the coast and make your way into the mountainous scenery of the Andes.

You'll make your first stop at the Cajas National Park, a nature reserve in the Ecuadorian highlands that is known for its more than 200 lakes and lagoons formed by glaciers. Enjoy a peaceful walk through the páramo, an area with some of the most diverse flora and fauna in the Andes mountain range.

At the end of the day, you'll be taken to the city of Cuenca, where you'll spend the night.

After eating breakfast at your hotel, you'll be ready for the second day of your tour, embracing Ecuador's cultural heritage on a guided tour of Cuenca. You'll explore the historic centre of the town, and discover why it has earned the name "the Athens of Ecuador".

Your guided city tour will take you to visit the city's most iconic monuments and landmarks, including the Plaza de las Flores, one of the world's most beautiful open-air flower markets, and the Abdón Calderón Park, home to the Old and New Cathedrals.

Observe the architectural heritage of the colonial period as you admire the "hanging houses" along the banks of the Tomebamba River, and the famous Puente Roto, or Broken Bridge, that crosses over it.

Following another hearty breakfast in the hotel, you'll leave Cuenca behind and head into nature yet again, in the direction of Alausí. Arriving at the railway station of this picturesque town, you'll climb on board a train and set off on the Trans-Andean route to Simbambe, crossing the mountainous area popularly known as la Nariz del Diablo - the Devil's Nose. After around a two hour journey, you'll reach this impressive feat of engineering: an impossibly steep track that zig-zags the almost-vertical walls of the mountain - a hair-raising thrill ride!

In the afternoon, you'll continue on your route towards Quito, crossing through the mythical Avenue of the Volcanoes, so-called for being home to more than seventy volcanoes. From the road, you'll enjoy spectacular views of some of the most famous peaks, including Cotopaxi, Rumiñahui, Los Ilinizas, Corazón and Pichincha.

Your three day adventure of the highlights of Ecuador will come to an end in Quito.

Accommodation and breakfast in superior or standard hotel in Cuenca.

These are genuine reviews written by our customers.
8
8 1 review

8.90 / 10 15 reviews
Located on the banks of the Guayas River, vibrantly colourful Guayaquil is known as the "Pearl of the Pacific". Discover why on this guided city tour.
US$ 15
Book
like

8.30 / 10 7 reviews
The Guayaquil tourist bus is the best way to visit the most emblematic places in this Ecuadorian city located on the banks of the Guayas River.
US$ 8
Book
like

No rating yet
Discover Ecuador's plants and wildlife on this trip to the Manglares Churute Reserve, one of the most incredible natural spaces on the Gulf of Guayaquil.
US$ 213
Book