Explore one of the most visited towns in Normandy with this Honfleur Guided Tour. You'll discover the picturesque port city where the great Seine River estuary is located. 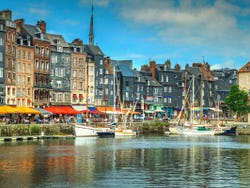 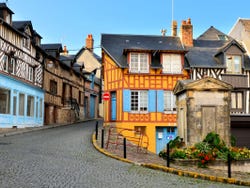 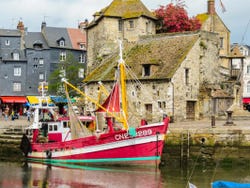 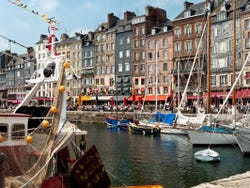 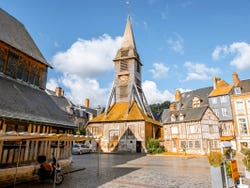 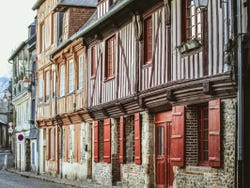 The guided tour will begin by meeting at 10 am at Place Saint Leonard, in front of the church of the same name. We'll find out about the origins of this beautiful port city in Normandy located on the banks of the Seine River estuary, right at its mouth in the English Channel.

Next, we'll head to the area of Enclos, where we'll see the remains of the ancient fortifications in Honfleur, the prison and the salt deposits. The tour will continue to the Vieux Bassin, redesigned in the 17th century by Jean-Baptiste Colbert: one of Louis XIV's main ministers, the Sun King. From this port, famous expeditions set sail for territories as far away as Quebec.

Next to this dock, we'll see the exterior of the La Lieutenance building, one of the city's last medieval bastions. You'll be surprised by its history! Following on, we'll go to the old town to admire the facade of its characteristic Norman half-timbered houses.

At 11:30 am the tour will end in front of Sainte-Catherine, the largest wooden church in France. This 15th century temple of worship has survived countless conflicts, including the bombings of World War II. As we'll see, it is now a symbol of Honfleur which has also been declared a Historical Monument.

To conclude the guided tour, we'll explain why Honfleur attracted impressionist painters including Eugène Boudin, Monet, Pissarro and Renoir, among many others.

English speaking guide with expert knowledge in the history of Honfleur.

US$ 16.80
Free cancellation up to 48 hours before the service starts
Book

10 / 10 1 review
Explore the city in Normandy and its surrounding area with this Honfleur Sidecar Tour. Discover this beautiful part of Normandy on a day or evening tour.
US$ 202.60 per group
Book