Want to explore one of the most impressive places on the island of Oahu? With this transfer to Diamond Head from Honolulu, you'll be climbing up the famous volcano in no time!

Want to explore one of the most impressive places on the island of Oahu? With this transfer to Diamond Head from Honolulu, you'll be climbing up the famous volcano in no time! 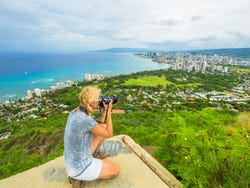 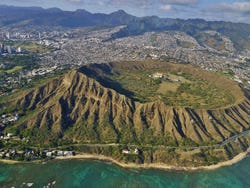 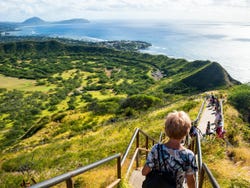 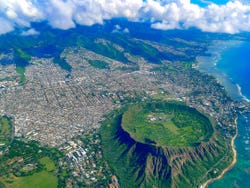 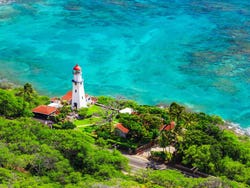 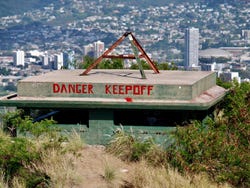 At the time of your choice, we'll meet at the entrance to Ainahau Triangle park on Kalia Road. There, we'll hop on a bus and head to Diamond Head, about a 15-minute drive away.

When we arrive, you'll have approximately two hours of free time to explore this beautiful place, known by the locals as Leahi. Did you know that in Hawaiian leahi means 'tuna eyebrow'? It was the British who changed the name in the 19th century.

This volcanic cone boasts some of the most spectacular views of all Oahu, which you can see for yourself as you climb to the edge of the crater. We assure you it's well worth the 175 steps to the top! Plus, you'll also be able to explore other areas of Diamond Head such as its subway tunnels and old military bunkers.

After two hours of visiting one of the most popular places on the island, we'll regroup and take you back to the meeting point in Honolulu.

The activity takes place with a driver that speaks in English.

No rating yet
If you're looking for a day that's full of surprises and excitement, look no further! Our Ka Moana Luau & Sea Life Park Ticket will give you access.
US$ 137.28
Book
like

10 / 10 2 reviews
Discover Oahu from the skies and admire its beautiful scenery with this Oahu Helicopter Tour. Enjoy a unique experience over the Hawaiian island
US$ 275
Book
like

No rating yet
With this admission ticket to the Pearl Harbor Aviation Museum, you can experience this key moment in American history like never before.
US$ 25
Book