Visit one of the most modern sports venues in South America with this fantastic tour of the Ciudad de La Plata Stadium, which hosts both soccer and rugby matches.

Visit one of the most modern sports venues in South America with this fantastic tour of the Ciudad de La Plata Stadium, which hosts both soccer and rugby matches. 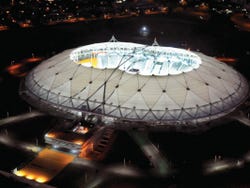 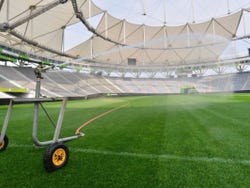 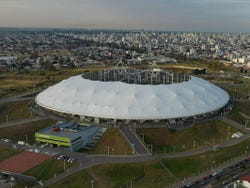 At 10 am, we will pick you up at your hotel and head to the Ciudad de La Plata Stadium, also known as the Estadio Unico, one of the most modern sports venues in South America!

During the tour of the City of La Plata Stadium, we will explore the stands which have a capacity of 53,000 spectators. While we contemplate its colossal dimensions, we will also learn about the history of this field, which opened in 2003 and reopened in 2011. Its design was commissioned to Roberto "Nolo" Ferreira, one of the most prestigious architects of La Plata's generation.

We will access the area at grass level to know what the players who play on this field feel. In addition, we will remember some of the most famous matches of the Copa America 2011: several matches of the first phase and quarterfinals took place in this stadium, which also hosted one of the semi-finals and the dispute for third place.

The Ciudad de La Plata Stadium has also hosted several matches of the International Rugby Championship, in which the Argentine national team participates. We will explain to you how the pitch is transformed according to the sport practiced there. It is a fast process in which the latest technology is used, also present in the spectacular roof of the stadium.

While we visit the different areas of the stadium, we will also remember some concerts held in this venue, where music stars such as U2, Britney Spears, Katy Perry, Pearl Jam, and Ed Sheeran have performed.

After the tour of the stadium, we will take you back to your hotel in La Plata, where the arrival is scheduled for 12 pm.

The tour includes pick up and drop off at hotels in downtown La Plata. If you are staying outside of this area, we will pick you up at the stairs of the cathedral of La Plata.

Pick up and drop off at your hotel.

Transport by car or minibus, depending on the size of the group.

No rating yet
The Museum of Natural Sciences of La Plata is the world's fourth most important. Explore the main rooms of its exhibition on this fantastic tour.
US$ 31.25
Book
like

Republic of the Children Tour

No rating yet
Come and see this fascinating miniature city with this tour of the Republic of the Children, one of the first theme parks in South America.
US$ 25
Book
like

No rating yet
Discover the Masonic monuments and symbols of La Plata with this fabulous walking tour. You will even visit the temple of a local lodge!
US$ 62.50
Book