If you're visiting La Rochelle, you can't miss a visit to its beautiful medieval towers, the unmistakable symbolic landmarks of the enchanting French city. 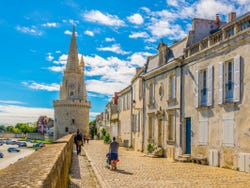 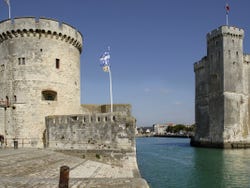 In the Old Port of La Rochelle, in the French region of Poitou-Charentes, you will see three magnificent medieval towers. These represented the gateway to the old city and controlled the transit of merchant ships. Saint Nicholas, the Lantern, and the Chaîne are the 14th-century watchtowers that were built as a defense for the city.

With this ticket, you will have access to the Lantern tower, the tallest of the three, and the only medieval lighthouse left on the Atlantic coast. You will also enjoy entry to Saint Nicolas and Chaîne tower, which were used to monitor the movements of ships. You will hear all about how these two watchtowers were linked by a chain.

Please bear in mind that the last admission is 45 minutes before closing.

The tower of San Nicolás will be closed for renovation until further notice.

The Las Cadenas tower will be closed from 21st to 28th September 2020. The other tower will remain open.

It is required to provide a negative PCR test or Covid vaccination certificate.

Entry to the towers of La Rochelle

You can book up until the same day (4:30 pm) if there are still places available. Book now to guarantee your spot.

New
See the Atlantic coastline from the heights with this La Rochelle Flyover Tour. You'll spot landmarks such as Fort Boyard and the islands of Ré and Oléron.
US$ 351.90 per group
Book