This free walking tour is the best way to get to know Leipzig, one of the most important cities in the German state of Saxony. Immerse yourself in its incredible history, music and culture. 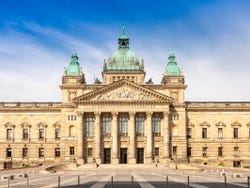 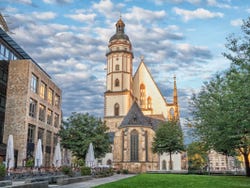 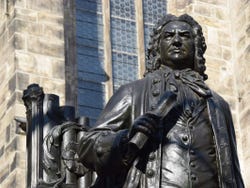 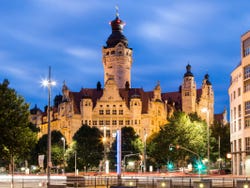 Meet your guide in Augustusplatz, the largest square in Leipzig, ready to begin your guided walking tour of the historic German city. You won't have far to go before you reach your first stop: the world-renowned Oper Leipzig. It is the third oldest Opera House in Europe and is just one example of the great musical tradition entwined in the city, which has seen the likes of Bach and Wagner working here. Continuing along the music theme, you'll arrive at the Gewandhaus, an important concert hall which, along with the orchestra of the same name, is a symbol of the city.

You'll next reach the Leipzig University, the second oldest university in Germany, having opened its doors in 1409, before continuing on to see the New Town Hall and the Federal Administrative Court House, one of the country's five high courts which has the appearance of a royal palace more than a judicial building.

The St. Thomas Church, or Thomaskirche in German, will be the next stop on your tour. The 12th century Gothic church is not only popular with tourists for its historic architecture, but also as the place where Bach worked as a music director over 260 years ago. At the entrance to the church, a statue has been erected in honour of the legendary composer-musician, whose remains are buried here underneath a simple bronze plaque.

After learning more about the life of this great musical figure, you'll head back on your route to Auerbachs Keller, one of Europe's oldest taverns, worth a visit for its spectacular architecture!

Lose yourself in the streets of Leipzig yet again in the direction of Markt, the historic market place. Admire the Renaissance-style buildings surrounding it, including the Old Town Hall. Finally, you'll visit the statue of Goethe and the imposing St. Nicholas Church, one of the oldest in the city, before your free walking tour comes to an end.

No, not advisable for people with reduced mobility.

Svetlana was a excellent guide. She was very enthusiastic about how she presented the history of Leipzig

Amazing tour!! Everything was super interesting, the information was very complete and the guide, Florian, was great. If you’re going to Leipzig, then this tour is a MUST!!!!

Juan was a very knowledgeable guide for our walk around Leipzig. We learned a lot from him. Good presentation Voice and passionate and interesting facts about Leipzig. Would really recommend this.

Lana was amazing! We really enjoy our tour in Leipzig. She gave us a lot of information and teach us a lot about the city. We highly recommend this experience!.

Incredible guide, Swetlana is very passionate about the topics she speaks about and very funny, I recommend her !

No rating yet
Discover the city of Bach and Wagner on this private tour of Leipzig and admire its many iconic monuments with an exclusive guide.
US$ 114.70 per group
Book