Discover the highlights of the city of Lima on this sightseeing tour, such as the Plaza de Armas, Huaca Pucllana, the Monastery of San Francisco and its catacombs... and much more! 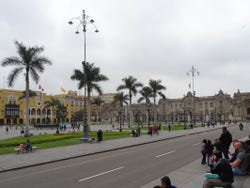 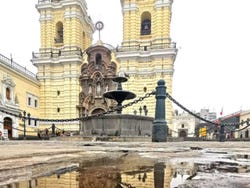 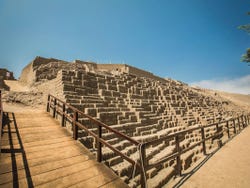 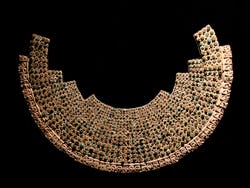 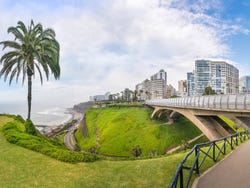 At the selected time, we'll pick you up from your hotel to begin this sightseeing tour of Lima during which we'll learn all about the three architectural periods of the Peruvian capital: Pre-Hispanic, Colonial and Modern.

First, we'll visit to Huaca Pucllana, a pre-Incan temple from the 4th century used as a ceremonial and administrative center. We'll then leave the archaeological site and head to downtown Lima to visit the Museum of the Central Reserve Bank.

The next stop on our tour? The Monastery of San Francisco and its famous catacombs- walking through its tunnels will be an unforgettable experience. We'll then be moving on to the Plaza de Armas, one of the city's most iconic enclaves.

We'll explore the heart of Lima and admire important buildings such as the Palacio Municipal or the Cathedral, built in both gothic and baroque styles. What's more, we'll even get to watch the changing of the guard -the grand finale of our tour!

Lastly, after three and a half hours touring the city, we'll drive back to your hotel while admiring the beautiful view of the Miraflores seafront.

US$ 26.90
Free cancellation up to 24 hours before the service starts
Book

8.90 / 10 37 reviews
Go back to the time of the ancient Andean civilizations as you discover the ruins around one of the most impressive archaeological sites on the central coast of
US$ 36.40
Book
like

10 / 10 1 review
Discover Lima's most famous neighbourhoods with this Miraflores & Barranco E-Scooter Tour. Immerse yourself in their bohemian atmosphere.
US$ 44.50
Book
like