Explore the beautiful temples and gardens of Lombok's capital city, Mataram, on this guided walking tour. Discover the island's fascinating history thanks to your expert English-speaking guide.

Explore the beautiful temples and gardens of Lombok's capital city, Mataram, on this guided walking tour. Discover the island's fascinating history thanks to your expert English-speaking guide. 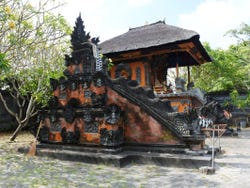 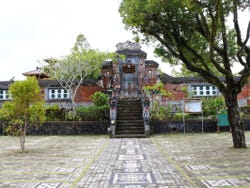 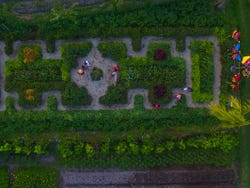 After being picked up from your hotel at the scheduled time, you'll begin your guided walking tour of Lombok's main city. Learn all about the history of the island: from being taken over by the Balinese in the 17th century to being under Dutch control.

You'll visit a local market where you'll experience typical daily life in Lombok, before exploring the Mayura Water Palace. Set in a large garden, the complex is home to the former king's family temple, which is surrounded entirely by an artificial lake. Built in the 18th century by the Balinese royalty who controlled the island, Mayura was the site of brutal battles between the Balinese and the Dutch in 1894.

Next, head to Taman Narmada, a park created by the 18th century King of Mataram to resemble the beauty of Mount Rinjani. See a replica of Lake Segara Anak, the crater lake found in the caldera formed by the explosion of Mount Samalas, as well as the stunning Pura Kalasa temple and a fountain said to bestow eternal youth on those who drink from its waters.

For the last stop on your guided walking tour of the historic city, you'll visit Pura Lingsar. This spectacular temple complex, located amongst luscious rice paddy fields, reflects the island's complex cultural heritage, a fusion of Hinduism and Islam, and is home to temples for both religions.

Finally, you'll be dropped back off at your hotel.

No rating yet
Explore more of Indonesia on this boat trip from Lombok to Bali. Spend one, two or three magical days on the paradise Island of the Gods.
US$ 49.70
Book
like

No rating yet
The Senaru waterfalls are one of Lombok's greatest natural attractions. Visit Sendang Gile and Tiu Kelep and explore the beauty of the Indonesian jungle.
US$ 117.20 US$ 111.30 per group
Book