Discover the history of a city nicknamed the Pearl of the Pacific on this tour of Mazatlán. You'll also ride a cable car up to the famous 1873 Observatory!

Discover the history of a city nicknamed the Pearl of the Pacific on this tour of Mazatlán. You'll also ride a cable car up to the famous 1873 Observatory! 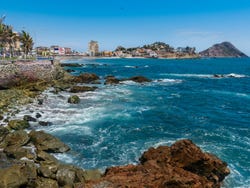 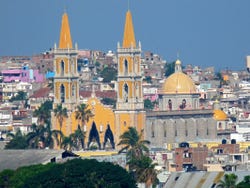 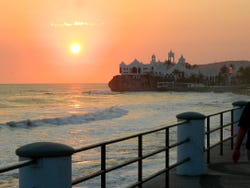 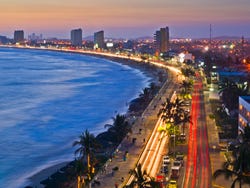 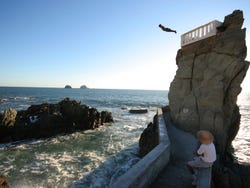 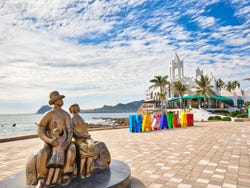 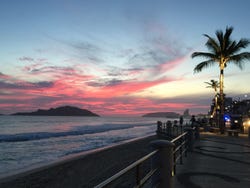 At the time of your choice, we'll pick you up at your hotel and set off on a panoramic tour of Mazatlán.

First, we'll take in views of the Pacific Ocean as we make our way down the Malecón of Mazatlán, the city's prized seaside promenade. Stretching several miles along the coast, it's considered one of the longest boardwalks in the world!

Once we reach Cerro del Vigía hill, we'll hop on a cable car that will take us up to the famed 1873 Observatory. This neoclassical construction, known as the Observatorio, was originally built as a military observation post. During the visit, you'll delve into the times of frequent attacks by pirates and privateers, and learn interesting historical facts about the city in a documentary.

We'll also visit the El Nido sanctuary ('The Nest' in English), where we'll see and learn all about beautiful species like macaws, parrots and flamingos!

Then, we'll take you to the area known as the Agaviary, where you'll get to know the different processes in the production of mezcal and why it has become a symbol of Mexico. But that's not all! Before we head to our next stop, we'll visit the Observatory's Sky Bar to enjoy a refreshing drink with spectacular views.

Next, the tour will take us downtown, where we'll check out other city staples like the Mazatlán Cathedral, the Mujer Mazalteca​ monument, Plazuela Hidalgo, the Church of San José and El Clavadista ('The Diver') from the comfort of the bus.

After a four-hour tour, we'll take you back to your hotel in Mazatlán.

No rating yet
Explore the natural jewels of the Gulf of California with this speedboat ride in the bay of Mazatlán. An unforgettable adventure!
US$ 76.90
Book
like

Explore the historic centre of Mazatlan in a unique way aboard a pulmonia, a typical golf cart popular in the city. The ideal way to discover this beautiful city on Mexico's Pacific coast.

No rating yet
Cruise the Gulf of California in search of its wildlife on this whale watching tour from Mazatlán. A unique experience that will leave you speechless!
US$ 72.10
Book