Visit Sri Lanka's most populous city, home to fascinating temples, and immerse yourself in its fascinating millenary culture with this tour Colombo Day Trip from Negombo. You'll be surprised! 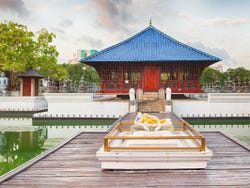 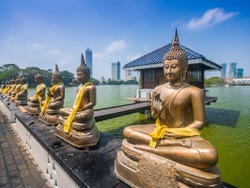 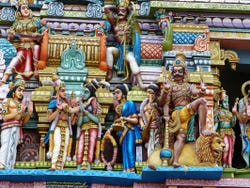 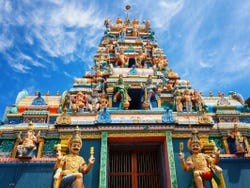 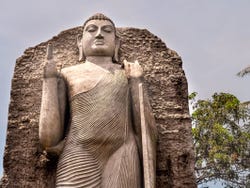 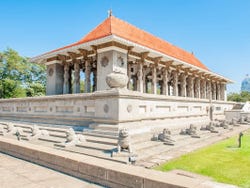 At 9 am we'll pick you up from your hotel in Negombo and head to the city of Colombo, only 40 minutes separate both cities on the west coast of Sri Lanka!

The first stop will be the Beira Lake, where we'll visit the Gangarama Temple. Did you know that the smallest Buddha statue in the world is kept inside it? We'll also see the Sri Kailawasanathan Devasthanam Swami Kovil, better known as the Hindu Temple of Colombo. you'll be surprised by its striking sculptures!

The tour will continue to the Independence Square, where we'll see the monument that commemorates the important historical event in 1948, Sri Lanka's independence from the British Empire. Nearby is the Colombo Lotus Tower, a telecommunications structure that reaches 350 meters in height.

Our next stop will be the Aukana Buddha Statue replica, the tallest Buddha in the country. As we admire the giant figure we'll learn about its history, which has become one of the most famous in Sri Lanka over time. To conclude, we'll take a short walk through the bazaars.

The tour will end arriving back at your hotel in Negombo at 3 pm.

Transport in car or minibus, depending on the size of the group.

Entrance tickets: US$ 20 per person.

Per group from
US$ 93.75
Free cancellation up to 7 days before
Book

No rating yet
The Temple of the Sacred Tooth, an elephant orphanage and many other surprises await you with this Kandy Day Trip from Negombo. Be captivated by its charm.
US$ 125 per group
Book
like

No rating yet
Take a close look at the famous elephants with this Udawalawe Day Trip from You'll meet the impressive animals that reside in the interior of Sri Lanka!
US$ 212.50 per group
Book
like

No rating yet
Visit one of the most popular towns on the west coast of Sri Lanka with this private Negombo City Tour. Let yourself be surprised by its great heritage.
US$ 93.75 per group
Book