On this New Orleans bike tour you'll discover the history of its French Quarter, as well as other areas, while staying green and getting a little exercise. Pedal your way around the city with a guide! 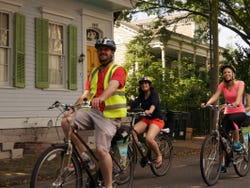 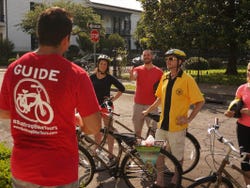 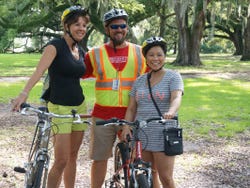 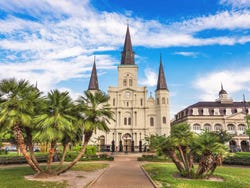 When making your reservation you can choose one of the following two routes. Both tours, 3.5 hours long, begin and end at 214 Decatur Street:

Our bike tour of New Orleans is divided into two. The first section is dedicated to the centuries-old streets of the French Quarter, found on the banks of the Mississipi River. On this route, we'll pass by Jackson Square, the best place to admire the St Louis Cathedral. And on top of its Gallic heritage, this neighbourhood adds even more international flavour, with the influences of Spanish Louisiana, from the forty-year period in which New Orleans and many surrounding regions were a part of the Spanish colonial empire.

On the second part of the tour, we'll pedal our way to the Garden District: a picturesque neighbourhood in New Orleans famous for its elegant mansions. The central area of this district is dominated by the Lafayette Cemetary, where we'll reveal some unusual stories before returning to the departure point, putting an end to the tour.

On this bike tour, we will not only see the New Orleans French Quarter, but also pass through other fascinating areas of this vibrant city, such as Tremé, known for its Afro-American heritage and jazz clubs. And speaking of music, did you know which famous local character has a park dedicated to him here? None other than the legendary Louis Armstrong, New Orleans native, and one of the greatest trumpeters, composers and bandleaders of all time. We'll remember his biggest hits while we visit this green space, just around the corner from Congo Square.

The tour then continues northwards, pedalling to the Edgar Degas Museum, and having learnt all about the French artist, we'll begin the journey back to St Louis Cemetary No. 3 and City Park, the green lung and principal green space in the city. The tour then ends, back at the departure point.

If you're a fan of mysteries and legends, you can reserve the New Orleans Ghost Bike Tour. This route, taken at night, shows the darker and scarier side of the city on the banks of the Mississipi.

French Quarter and Garden District at 10:30

Alternative Tour at 9:30 am

English speaking guide, specialised in the history of New Orleans.

Individual bike for each participant on the tour.

You can book up to 3 days before (New Orleans local time) if there are still places available.

No rating yet
Save time and money by booking a New Orleans SightSeeing Flex Pass online and discover the city comfortably with free access to 2, 3, 4 or 5 of the main attractions.
US$ 74
Book
like

7.50 / 10 4 reviews
Save money and time with the New Orleans Pass and visit up to 25 attractions, including Audubon Zoo and Audubon Aquarium, Mardi Gras World and a lot more!
US$ 74
Book
like

8 / 10 2 reviews
The New Orleans hop on hop off bus is a practical way to tour the City of Jazz. You can get on an off the bus at any of its stops, to explore the city at your o
US$ 39
Book