Philadelphia is one of the most important historical cities in the United States. See the place where the Constitution was signed, the birthplace of the American flag, and the Liberty Bell on this fascinating guided tour. 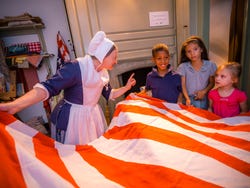 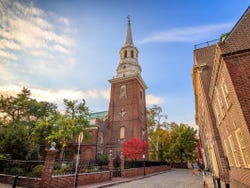 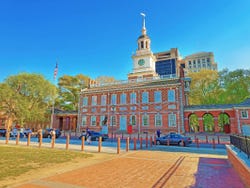 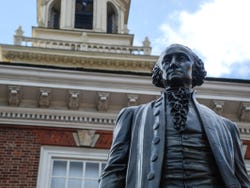 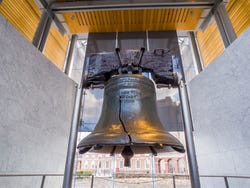 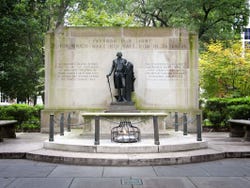 After meeting at Religious Liberty Statue, you'll begin your guided walking tour of Philadelphia, one of the most important places in United States history. Get ready to discover all about this city of firsts - including being the first national capital - thanks to your expert guide. For the first stop on your route, you'll visit the Betsy Ross House, considered to be the place where the first American flag was sewn.

From here, you'll delve deep into Philadelphia's historic district. Wandering through the city's oldest streets, you'll arrive at Christ Church, where the American Protestant Episcopal Church was instituted, and where many of the country's founding fathers came to pray.

Nearby, you'll take a quick break in a local cafe, renewing your energy ready for the next part of your guided tour of Philly's most iconic landmarks.

Continue on your route, visiting the site of Benjamin Franklin's home; Independence Hall, where both the Declaration of Independence and the Constitution were signed; and the National Constitution Centre. See the President's House Memorial, located on the site where George Washington and John Adams lived during their presidencies in the days when Philadelphia was capital city.

Your next stop will be at the Liberty Bell, one of the most important symbols of the United States War of Independence. Get to know the history of the iconic bell, before heading over to the nearby Washington Square. This park is home to the Tomb of the Unknown Revolutionary War Soldier, dedicated those who lost their life in the war for American independence.

Having travelled through Philadelphia's incredible history and seen some of its most important sights, toast to a fantastic journey with a stop in a local brewery, where you'll enjoy a craft beer (or a non-alcoholic drink if you'd prefer). The perfect end to a fascinating tour!

Entrance to historic buildings on the tour.

I travelled with teenagers
2

6.80 / 10 8 reviews
The Philadelphia Tourist Bus is a fun and practical way to explore the birthplace of the USA. Hop on and hop off at any of the stops to discover the city.
US$ 25
Book
like

No rating yet
The Philadelphia Pass offers free entrance to over 40 top attractions in Philadelphia, including the National Constitution Center, The Franklin Institute and a lot more.
US$ 65
Book
like

No rating yet
The Philadelphia SightSeeing Flex Pass offers free access to 2, 3, 4, 5 or 7 of the main tourist attractions in the city. Choose what to see!
US$ 45
Book