Discover the capital city of the state of Arizona in this tour around Phoenix by bike, the most convenient and fun way to explore the city.

Discover the capital city of the state of Arizona in this tour around Phoenix by bike, the most convenient and fun way to explore the city. 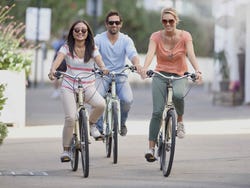 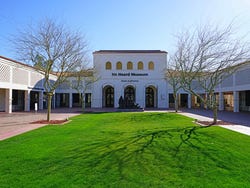 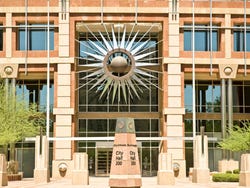 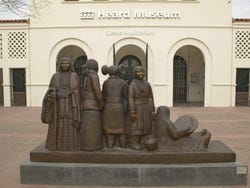 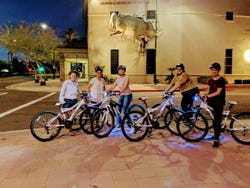 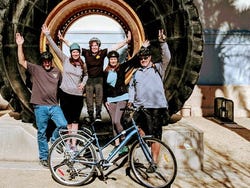 We'll meep up at the selected time in front of the Phoenix Center for the Arts. Once we are all there, we'll give you the bikes and helmets so we can begin touring Phoenix. Ready to roll?

For three hours we'll tackle the streets of the city and see emblematic places such as the Heard Museum, with its bronze statues that honor the native tribes of Arizona, or the 19th-century buildings in Heritage Square, Roosevelt Row Arts District, better known as Roro.

During this 7.5 miles long tour (12km) we will also learn the history and anecdotes of some of the most famous places in the area such as St. Mary's Basilica, one of the oldest churches in the city.

After completing our two-wheeled adventure around the city center of Phoenix, we'll head back to the meeting point, ending the tour.

Free! Free cancellation up to 24 hours before the activity starts. If you cancel under this time or do not show up, you will not be refunded.
US$ 48
Book

Phoenix Center for the Arts.

If your phone is compatible with an eSIM, our card will give you access to the internet and allow you to stay connected during your entire trip to the United States of America

No rating yet
Discover Phoenix's most impressive street art murals with this RoRO Street Art Tour. Explore the unique arts district in Arizona's capital city.
US$ 25
Book
like

10 / 10 1 review
Enjoy a unique experience over the Arizona capital city with this Phoenix Hot Air Balloon Ride. Make the most of this magical moment at sunrise.
US$ 169
Book