The Maracana is one of the most famous stadiums in the world. Explore the interior of this mythical sporting venue and hear all about its amazing history when you take our fantastic guided tour. And you can also visit the Cidade do Samba, the centre of the Rio de Janeiro Carnival.

The Maracana is one of the most famous stadiums in the world. Explore the interior of this mythical sporting venue and hear all about its amazing history when you take our fantastic guided tour. And you can also visit the Cidade do Samba, the centre of the Rio de Janeiro Carnival. 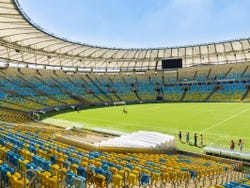 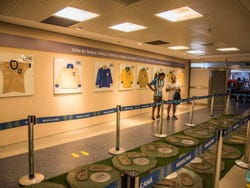 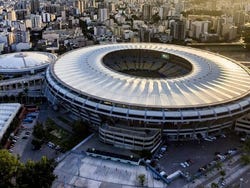 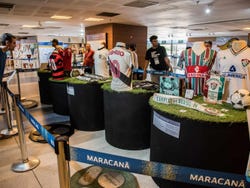 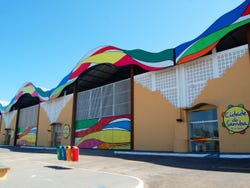 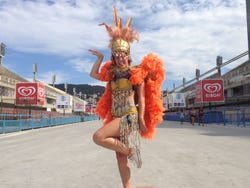 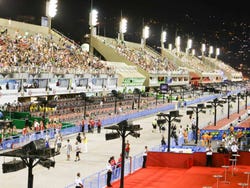 Once we pick you up at your hotel in Rio de Janeiro at the chosen time, we will drive to the iconic Maracana Stadium.

During our guided tour, we will learn all the secrets about this football temple, which was built for the 1950 World Cup. In the same tournament the so-called "maracanazo" took place: Uruguay's defeat of Brazil in final. We will learn all about this and other stories linked to the history of the stadium.

During the tour, we will also visit the dressing rooms of the Maracana, adorned with shirts of the famous Brazilian teams. We'll also have access to the VIP box and the press room where you will feel like genuine footballers and elite coaches!

At the end of the stadium tour, we'll make our way to the Cidade do Samba, the heart and soul of the Rio de Janiero carnival. Here we will learn that Carnival is not only a party for the locals, but that it is an essential part of their culture, and discover the stories about the most important parades that have taken place in this stadium. If Cidade do Samba is closed, we will visit the Sambadrome.

Following four hours of your, we'll drop you off again at the departure point.

Pick-up is included in hotels in the southern area (Leblon, Ipanema, Copacabana, Botafogo, Flamengo, Catete) and downtown Rio de Janeiro. If you are staying in other areas, you must go at the indicated time to the meeting point located at Rio Othon Palace.

US$ 56.20
Free cancellation up to 24 hours before the service starts
Book

9.80 / 10 63 reviews
Experience an unforgettable sunset over Rio de Janiero, sailing the bay as night falls on board a luxurious yacht: a unique experience in the 'Cidade Maravilhosa'.
US$ 37.80
Book
like

9.60 / 10 296 reviews
Discover the beautiful historic center of Rio de Janeiro and the picturesque neighborhood of Lapa when you take our fascinating free tour.
Free!
Book
like