Take a trip to Petropolis, the imperial Brazilian city located in the beautiful forests of the Fluminense Mountain Region of Rio. You will witness its majestic palaces and learn about the fascinating history of Pedro II, one of the country’s most important emperors. Are you ready to go?

Take a trip to Petropolis, the imperial Brazilian city located in the beautiful forests of the Fluminense Mountain Region of Rio. You will witness its majestic palaces and learn about the fascinating history of Pedro II, one of the country’s most important emperors. Are you ready to go? 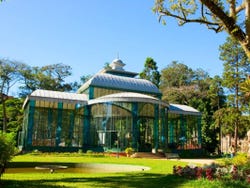 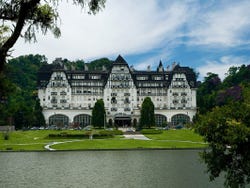 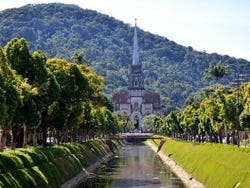 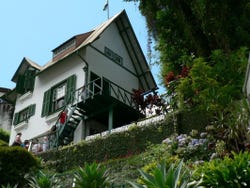 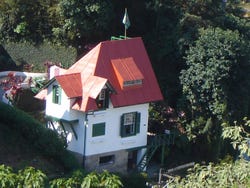 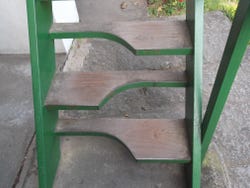 Early in the morning, we will collect you from your hotel in Rio to start our trip to Brazil’s royal past. After a bus journey of approximately an hour and a half, we will arrive in Petropolis, located some 40 miles outside the metropolis.

Once there, we will take a guided tour to discover the most iconic monuments of the Imperial city, which was the summer residence of the Brazilian royal family during the 19th Century and was constructed under the order of Pedro II in homage to his father Pedro I.

We'll see the Santos Dumont Museum House, which is a picturesque residence also known as La Encantada. This house has unique touches such as a bathroom with a hot water shower that works with alcohol, and a staircase that can only be climbed with your right foot.

In addition, we'll encounter other beautiful sites, such as the Palace of Crystal, a majestic glass structure with an iron frame and in which the city’s last slaves were liberated in 1888. You will also see the Cathedral of Saint Peter and Quitandinha palace, the biggest in Brazil and one of the biggest in Latin America. You will love it!

After having delved into the history of Brazil, you will have your own free time to eat and explore the majestic buildings before we return to Rio de Janeiro between 6 and 8 pm.

When making the reservation, you can choose the option of food with the tour. At the end of the tour of Petropolis, we will offer a free buffet lunch so that you can regain your strength.

Tour with food and beer tasting

You also have the option of reserving the tour with food and a tasting in the Cervejaria Bohemia brewery, which was founded in 1853 by the German Henrique Kremer. There you will learn how the first Pilsner lager in Brazil was made.

This activity only includes hotel pick up from some parts of Rio de Janeiro: city centre, Flamengo, Botafogo, Leblon, Ipanema and Copacabana. If your accommodation is not located within these areas, please tell us when making your reservation, so that an alternative meeting point can be arranged.

In the case that the itinerary is affected during Carnaval celebrations, the local tour provider will contact you to inform you of any possible changes.

21% discount on the official ticket price.

It was to be desired because the historical monuments were closed Opinion translated. Show original.

9.80 / 10 63 reviews
Experience an unforgettable sunset over Rio de Janiero, sailing the bay as night falls on board a luxurious yacht: a unique experience in the 'Cidade Maravilhosa'.
US$ 37.80
Book
like

9.60 / 10 296 reviews
Discover the beautiful historic center of Rio de Janeiro and the picturesque neighborhood of Lapa when you take our fascinating free tour.
Free!
Book
like