Tour the Salzburg locations where the legendary musical film The Sound of Music was filmed, immersing yourself once more in the story of the Von Trapp family and their nanny.

Tour the Salzburg locations where the legendary musical film The Sound of Music was filmed, immersing yourself once more in the story of the Von Trapp family and their nanny. 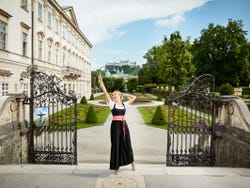 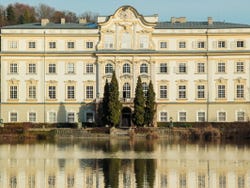 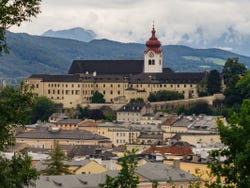 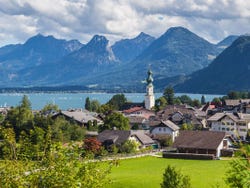 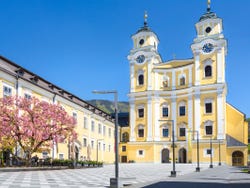 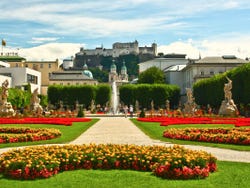 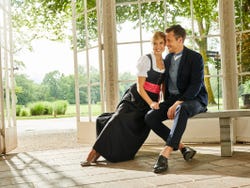 The tour meet sin Mirabell Square, where we'll begin our Sound of Music tour of Salzburg, visiting the Mirabell Gardens. This is in fact the very park in which Maria, the Von Trapp's nanny, interpreted by Julie Andrews teaches the children the famous song. Do, a deer, a female deer... you know how it goes!

The route then continues, taking a bus to the Leopoldskron Palace. The lake found next to this majestic historic building was also the scene of numerous scenes from the film: can you figure out which takes came from the Leopoldskron?

Our next stop will take place in front of the Nonnberg Abbey, a monument intrinsically linked with the Von Trapp family. From the historic centre of Salzburg, we then head to the nearby Sankt Gilgen, found on the banks of the Wolfgang Lake. These leafy landscapes where those in which the opening scenes of the film were recorded.

Then to finish the tour we make our way to Mondsee, where we'll take a look inside the church which hosted the long-awaited wedding in the film. Don't worry, there won't be any spoilers for anyone who's yet to see the film!

Finally, and with the sound of music ringing in our ears, we'll head back to Salzburg, where the tour ends.

English speaking guide, specialised in the history of Salzburg.

Transfer in an air conditioned minibus.

Peter the guide was very good and helped make the trip more enjoyable!!

Ida and Ferdinand were fantastic!! Very good and full of information!! Loved all the places we went to see from the movie!! Would go again!!!

We loved it. It made us feel like we want to watch the movie again. Our guide was Peter and he was excellent.

The directions they gave us to get to the meeting point said that the provider doing the tour was Gray Line but it was Panorama, so it was confusing to find the office. Suggestion: the guide could take some photos from the film to pass them to the group and thus better identify the places that are visited. Opinion translated. Show original.

9.50 / 10 16 reviews
The Salzburg Card offers discounts for over 30 tourist attractions and shows as well as unlimited public transport.
US$ 33.90
Book
like

10 / 10 2 reviews
Enjoy a sightseeing bus around Mozart's city with this Salzburg Guided Tour & Tourist Card. The Salzburg Card gives you 24hour access to the city's attractions.
US$ 52.70
Book
like

Dinner and Mozart Concert in the Hohensalzburg Fort

8.90 / 10 47 reviews
Retrace the steps of the nobility of years past, climbing up to the Hohensalzburg Fort, to enjoy a Mozart concert, and eat in the Panorama Fortress restaurant if you wish.
US$ 51.50
Book