Learn about Adolf Hitler’s early years in Vienna and how he became the leader of the Nazi Party on a 2.5-hour walking tour of Vienna’s city centre, during which you'll take in the major war history landmarks.

Learn about Adolf Hitler’s early years in Vienna and how he became the leader of the Nazi Party on a 2.5-hour walking tour of Vienna’s city centre, during which you'll take in the major war history landmarks. 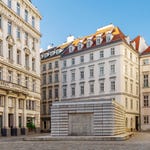 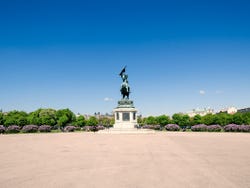 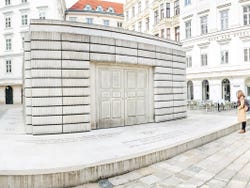 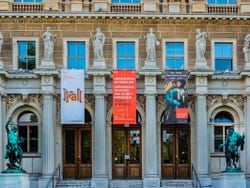 Greet your guide in front of the Albertina Museum, very close to the State Opera House, in the city centre, and embark on a unique historical walking tour. Go back in time and gain insight into the most hated man in the world and uncover where it all began.

Escorted by your English-speaking history expert guide, learn who influenced Adolf Hitler as you explore Vienna’s Jewish Quarter and visit the only remaining Synagogue that survived World War II. Next, walk to the Holocaust Memorial, also known as the Nameless Library, built to commemorate the Jewish victims of the Nazi regime in Austria.

During this 2.5-hour tour, your guide will reveal how Vienna was divided when it was occupied by the Allies, but how it remained under control of both the Western Allies and the Soviet Union until 1955, unlike Germany. Learn about one of the darkest moments in Austria’s history by visiting the landmarks where defining events took place like Heroes’ Square.

US$ 28.90
Free cancellation up to 24 hours before the service starts
Book

In front of the Albertina Museum (Albertinaplatz 1, 1010 Wien)

El guía tuvo muchos datos interesantes , mucha historia que contar , derribó algunos mitos sobre Hitler y fue muy atento a las preguntas . The guide was so kindly. He said to us a lot of interesting things about history and was a mythbuster about Hitler . Translate this opinion into English.

The guide had lots of interesting facts, lots of story to tell, debunked some myths about Hitler, and was very responsive to questions. The guide was so kindly. He said to us a lot of interesting things about history and was a mythbuster about Hitler. Opinion translated. Show original.

Excellent. The tour is a must for a trip to Vienna

9.20 / 10 249 reviews
Let the charm and history of the Austrian capital seduce you. Explore Vienna's most iconic monuments on this free walking tour.
Free!
Book
like

8.70 / 10 446 reviews
The Vienna Pass allows free access to more than 60 attractions in Vienna, including the Schönbrunn, Hofburg and Belvedere palaces, Mozart's house and much more.
US$ 91.40
Book
like

8.70 / 10 78 reviews
Discover the small town Hallstatt, one of the most enchanting locations in Austria, with this full-day trip from Vienna. You'll also take a boat tour around Lake Hallstatt.
US$ 137.70
Book