Let the calm of the Atlantic ocean soothe you as you cruise around the bay of Cádiz to the islet of Sancti Petri. You'll be amazed by its historic castle and impressive biodiversity. 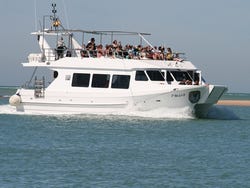 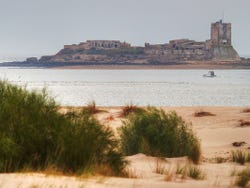 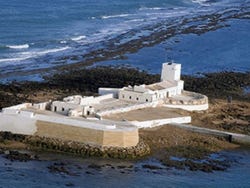 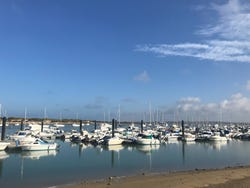 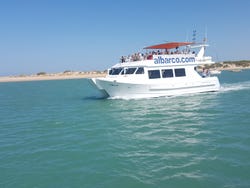 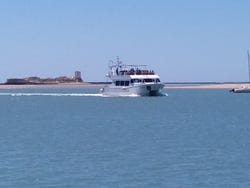 We'll set off from the port of Sancti Petri on a relaxing cruise around the bay of Cádiz, one of the Costa de la Luz's main attractions. During the boat ride, you can look over the edge of the boat to get a full view of the surrounding natural environment.

We'll sail into the bay of Cádiz's Natural Park, winding in and out of salt marshes and enjoying a unique natural landscape. Pink flamingos and spoonbills are just some of the fascinating species you'll get the chance to spot on the boat ride.

You'll also get the chance to admire the ocean from Sancti Petri, an islet famous for the ruins of a 16th-century castle. This fort was abandoned for a century and has now been restored to its original appearance.

One free ticket for a child under 2 is permitted per adult.

US$ 14.30
Free cancellation up to 24 hours before the service starts
Book

We would have liked the route through the pipe to be longer. I don't know if it would be possible because of the depth issue. Beautiful scenery. Nice sunset. Opinion translated. Show original.

10 / 10 1 review
If you love water sports then you will love this Paddle Surf rental in Sancti Petri. You will have unique views of the beautiful coastline of Cadiz.
US$ 17.80
Book
like

No rating yet
Explore the beautiful coastline of Costa de la Luz in a unique way when you rent a kayak in Sancti Petri.
US$ 14.30
Book