Check out all the activities in Seoul

The JSA (Joint Security Area) tour reveals all the secrets is an area which can be found inside the DMZ (Demilitarized Zone) between North and South Korea. 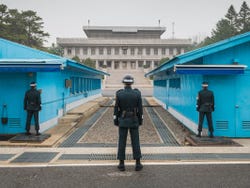 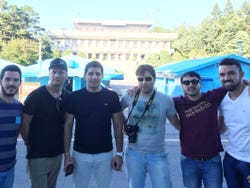 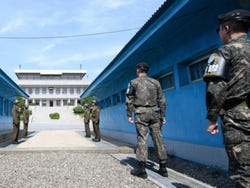 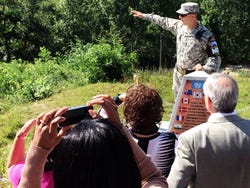 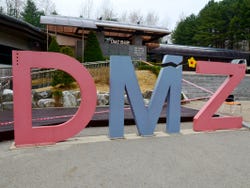 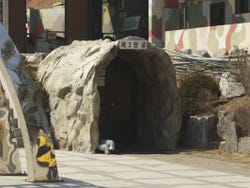 When making your reservation, you can choose between the following two options:

Having picked you up at your hotel in Seoul, we'll make our way to Panmunjeom, found to the extreme north of the country. Here we'll stop by one of the passport control points, which are scattered along the border between North and South Korea. Once the authorities have checked our documents, we'll head to the Demilitarized Zone, best known by its abbreviation: DMZ. Our way through this restricted area will be via Camp Bonifas: a United Nations Command post - and after another control point, and a brief explanation of the rules to follow in this most sensitive of areas, we'll begin our tour of the JSA - the Joint Security Area.

Uneasy looks between North and South Korean soldiers, diplomatic conflicts, espionage and more, the JSA is where the palpable tension between the two sides of Korea can best be felt. On our tour we'll visit Freedom House - a building constructed as a meeting place for families separated by the border during the Korean War - then we'll continue to see the JSA's other emblematic buildings such as the hall where the Korean Armistice Agreement was signed in 1953, and Imjingak Park. In the latter, we'll see different sculptures and commemorative monuments which pay tribute to the victims of the Korean War.

We'll make a stop in a place which must remain secret for the moment (it can't be revealed for reasons of security) to enjoy a local lunch. Then after eating we'll leave the area to visit, depending on availabilty, either one of the production centres for Korean amethyst, or Ginseng tea. Here you'll have the opportunity to learn about the traditions and customs of the country, beyond the conflict with North Korea.

The JSA tour then finishes at the Itaewon station, found in the centre of Seoul.

The first half of this tour will follow the same itinerary as the JSA excursion - but following lunch, we'll make our way to the Unification bridge, between the two Koreas. This walkway takes us to the control point and the DMZ - the Korean Demilitarized Zone. Here we'll visit the Third Tunnel of Aggression, an underground gallery which runs underneath the area, from North Korean territory into the South. Having explored a section of this tunnel, we'll make our way to the Dora viewpoint, from where you'll be able to make out the municipality of Kijongdong using a telescope. The South Koreans call this place 'the town of propaganda', although North Koreans prefer 'the city of peace'.

From Dora, we'll make our way, as with the JSA trip, to an amethyst, or Ginseng tea production centre, before finishing the tour at the Itaewon station in the centre of Seoul.

If you would prefer to only visit the DMZ, you can also reserve the Korea DMZ tour from Seoul.

Show more
View complete description
from
US$ 78.10
No hidden fees or surcharges
Book

Check out all the activities in Seoul

10 / 10 2 reviews
Rollercoasters, zoos, shows, and fireworks are just some of the many attractions at the largest theme park in South Korea, Everland.
US$ 55
Book
like

9 / 10 4 reviews
See Seoul's most important landmarks on this guided city tour. Discover the Blue House, the Gyeongbokgung Palace and the Jogyesa Buddhist Temple, amongst many others.
US$ 32.30
Book
like

No rating yet
Discover Seoul from a new perspective: hire kayaks and paddle along the Han River to see the South Korean capital's landmarks from the water.
US$ 20.20
Book