Discover two beautiful Persian palaces when you take our fantastic trip to Firuzabad. Our professional guide will introduce you to the ancient ruins of the Qal-e Dokhtar and Ardashir castles.

Discover two beautiful Persian palaces when you take our fantastic trip to Firuzabad. Our professional guide will introduce you to the ancient ruins of the Qal-e Dokhtar and Ardashir castles. 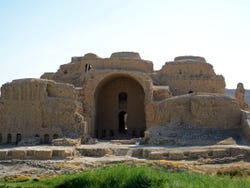 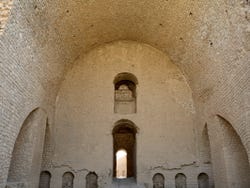 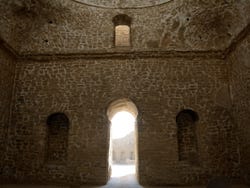 We will collect you from your hotel in Shiraz early in the morning before we head to the south of Iran. After traveling for around an hour and a half, we arrive in Firuzabad and visit the remains of the magnificent Qal-e Dokhtar palace.

Constructed on slopes of a mountain, this ancient fortress is a prime example of the magnificent architectural style of the Sasanian Empire, the last kingdom of Persia before the ascension of Islam. We will explore its interior, walking along the long corridors whilst admiring the rock-carved arches, steps, and windows.

Our English speaking guide will tell you all the fascinating facts about this monument which was built to honor the Iranian goddess Anahita. We then head to the Ardashir Palace, a majestic structure with three cupolas, which replaced the Qal-e Dokhtar castle in importance. The architectural design takes a big leap away from the traditional Sasanian design and bears the unique hallmarks of the architects of Fars.

Finally, before returning to Shiraz, we will visit the surroundings of Firuzabad, meeting the local population.

No rating yet
Immense palaces, monumental gateways, and statues of mythical creatures are some of the things you will discover on our unforgettable tour of Persepolis.
US$ 106.40
Book
like

No rating yet
The fascinating medieval city of Shiraz is full of history and charming hidden corners. Discover all its treasures, such as the mosque and ancient tombs,
US$ 95.20
Book
like

No rating yet
The Margoon Waterfall is one of the most famous waterfalls in Iran. Get lost in its landscapes on this trip from Shiraz.
US$ 336.20 per group
Book