Södermalm is an island in central Stockholm known as the city's hipster district. Discover its charms on this free walking tour!

Södermalm is an island in central Stockholm known as the city's hipster district. Discover its charms on this free walking tour! 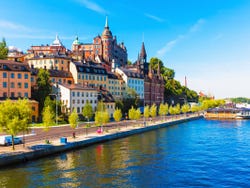 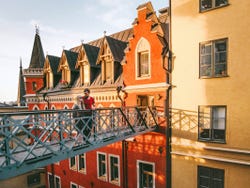 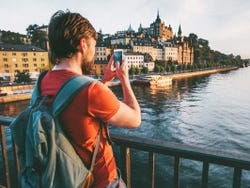 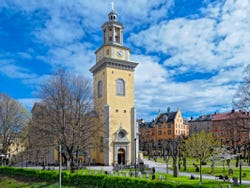 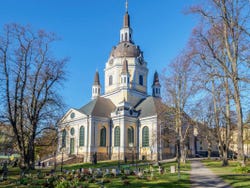 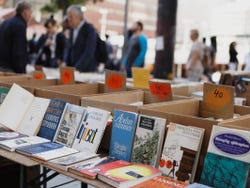 Having met your guide at 3 pm in Mariatorget, a park and city square on Södermalm island, you'll begin your free walking tour of Stockholm's hipster district. Heading first to the Monteliusvägen viewpoint, you'll get a fantastic introduction to the neighbourhood with unparalleled panoramic views over the Swedish capital.

Continue your walking tour through Södermalm to the Maria Magdalena Church, whose iconic yellow belfry can be seen from most places in the district. Not far from the church, you'll find a statue of the "secret little horse" of Stockholm... do you know the story behind it? You'll then stroll over to Medborgarplatsen, a plaza which forms the heart of Södermalm and where the locals love to come and shop in the eco-friendly stores surrounding the square.

Södermalm's hispter population also likes to gather in Björns Garden, a relaxing urban park near to the Katarina Church, one of the neighbourhood's gems of Baroque architecture. You'll get a feel for Stockholm's underground counterculture scene as you walk by the independent theatre known as Södra Teatern and explore the popular Götagatan Street, known for its vintage clothing stores.

Finally, your tour will come to an end at 5:30 pm in front of the Stockholm City Museum, after having admired the urban art in the Slussen Metro Station, located in the same square.

It is not possible to reserve this free walking tour for groups of more than 6 people.

Arturo was an excellent guide. His knowledge was fantastic and the tour was very fun. I would recommend it.

Our host (Sanchia) was very knowledgable and kind, we had a lovely time and learned a lot!

The guide shows really commendable interest and knowledge. It has really been a pleasure Opinion translated. Show original.

9.80 / 10 42 reviews
Discover the fascinating history and artwork of Stockholm's New Town on this free walking tour of the Swedish capital's contemporary district.
Free!
Book
like

10 / 10 4 reviews
Explore the unmissable sights of Skeppsholmen with this free tour, and discover why it's known as the isle of boats!
Free!
Book