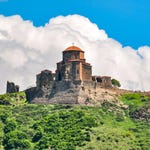 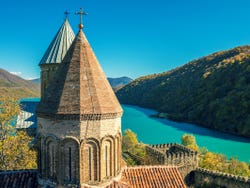 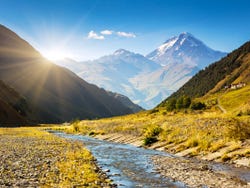 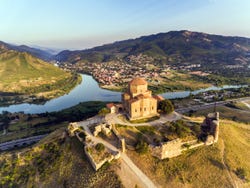 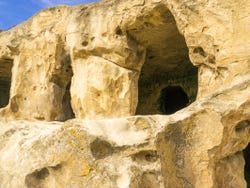 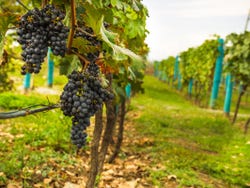 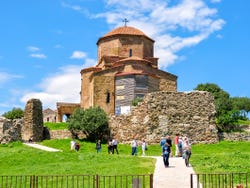 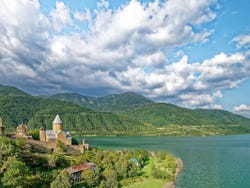 If you already feel you've made the most of the Georgian capital and want to leave the city behind for a day and delve into its surroundings, we recommend booking a private tour from Tbilisi with an English speaking guide. Choose from the following excursions to discover the best of Georgia:

After picking you up from your hotel in Tbilisi, we'll head northwest towards Mtskheta. Declared a World Heritage Site by UNESCO, this city is one of the oldest in Georgia.

We'll embark on a guided tour of the historical city to admire its most important monuments and landmarks. Stopping in front of the Svetitskhoveli Cathedral, you'll hear how the impressive church relates to the robe of Jesus Christ. We'll also visit the Jvari Monastery, where we'll enjoy spectacular views of Mtskheta and the crossing of the Mtkvari and Aragvi Rivers from its hilltop vantage point.

This tour follows a similar itinerary to our group Mtskheta Day Trip from Tbilisi.

Visit three of Georgia's most important cities in one day on this private tour. After picking you up from your hotel, we'll head to Mtskheta, the former capital of the country and a UNESCO World Heritage Site.

In Mtskheta, the religious heart of the country, we will visit Svetitskhoveli Cathedral, where it is said that the robe of Jesus Christ is buried - find out if this is true on the day of the tour! We'll then head to the hilltop Jvari Monastery for unparalleled views over the city.

Our next stop will be Uplistsikhe, an area that has been called the Georgian Cappadocia. Arriving in this ancient city carved from the rock, we'll get to see around 500 caves dating from the Iron Age to the late Middle Ages.

Before returning to Tbilisi, we'll visit Gori, also known as the birthplace of Stalin. This city may be small, but it's packed with history: populated since the Bronze Age, it was destroyed by an earthquake in 1920 and almost completely rebuilt under the Soviet period. These days, it's known as the fashion capital of Georgia. You'll have free time here to have lunch, explore its sights or visit the Stalin Museum.

This tour follows a similar itinerary to our group Mtskheta, Uplistsikhe & Gori Day Trip from Tbilisi.

Having picked you up from your hotel in Tbilisi, we'll set off on the Georgian Military Road, a historic highway the crosses through the Caucasus mountain range and offers spectacular views of the surrounding landscapes.

Our first stop will be the Ananuri castle complex, one of the most impressive monuments in Georgia, not just for its fascinating history and architecture but for the beauty of its surrounding landscapes too. We'll learn all about the fortress as we admire the view.

From Ananuri, we'll head to Kazbegi, or Stepantsminda as it's officially known, where you'll have three hours of free time to enjoy everything it has to offer. As well as strolling through its picturesque streets, we recommend hiking or taking a 4x4 tour up to the Gergeti Trinity Church, an emblematic 14th century church located on a hilltop under Mount Kazbek.

If you can't imagine anything better than a glass of wine in a beautiful location, this is the tour for you. The Kakheti region is well known for its extensive vineyards, and we'll take you to Signagi, one of the loveliest towns in the area, to visit a local winery.

In the winery, we'll have the opportunity to taste the best-known Georgian wines and learn how they're produced. What's more, we'll get to taste "chacha", a typical local vodka. As well as sampling the area's top beverages, we'll enjoy a delicious lunch of bread, cheese, roasted meat and vegetable salad.

Energised after eating, we'll pay a visit to Gremi, a 16th century citadel that served as a trading point on the historic Silk Road.

This tour follows a similar itinerary to our group Kakheti Guided Tour & Wine Tasting from Tbilisi.

Why Book a Private Tour?

When you reserve a private tour, you receive a much more personalised service. What's more, you can choose to do the tour on any day of the week and tailor the itinerary to your liking.

Private and exclusive tour, there will be no one else in your group.

Per group from
US$ 173.60
Free cancellation up to 24 hours before the service starts
Book

9.80 / 10 11 reviews
The Jvari Monastery in Mtskheta, the Uplistsikhe cave town and the city of Gori. Explore these three Georgian cities in one day with this complete tour.
US$ 29
Book
like

No rating yet
Sail down the Kura River and enjoy the incredible views of of Georgia's capital with this Tbilisi Boat Tour. Visit cliffs, the Metekhi church and Rike Park.
US$ 10
Book
like

No rating yet
Looking for an original experience in Tbilisi? Marvel at Georgian traditions with a dance performance while dining on the banks of the Mtkvari River.
US$ 138.80 per group
Book