Jerusalem, Bethlehem, Caesarea, Nazareth... explore the highlights of the holy land, with this eight-day English language tour package around Israel. 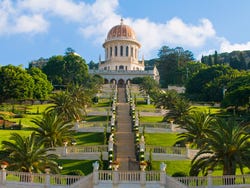 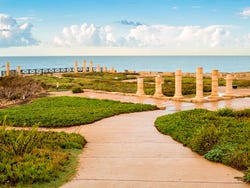 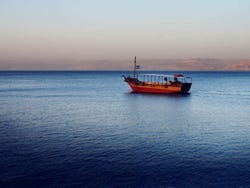 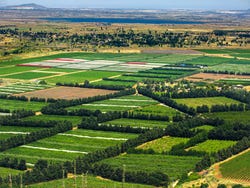 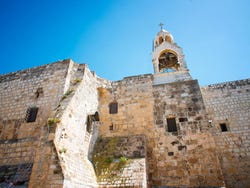 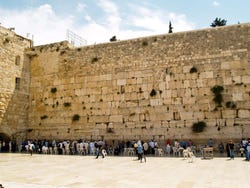 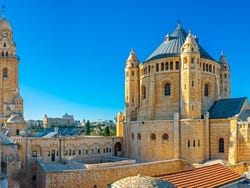 We'll pick you up at the Ben Gurion International Airport. And from here we'll take you to your accommodation for the evening, where you can relax and prepare yourself for the coming tour.

Having enjoyed a varied buffet breakfast in the hotel, you'll have the whole day free in Tel Aviv - making the most of this day to explore the famous promenade, or to make your own way to visit one of the nearby attractions which aren't included in the rest of the itinerary.

Full of energy after breakfast in your hotel in Tel Aviv, we'll make our way to the Roman remains of Cesarea - exploring its archaeological sites, and theatre before hitting the road towards Haifa. Here you won't want to miss its famous hanging gardens, where you'll discover the rich heritage of the place.

After free time to eat lunch (not included) we'll make our way to the fortified city of Acre, where you'll discover the history of the Knights Templar that built fortified walls around the town. Then our day comes to an end in Tiberias, where we'll eat in the hotel, and will relax until the next day.

After breakfast in your hotel, we'll begin our panoramic tour of the areas surrounding the lake that gives the city its name. Our first stop will be in the Mount of Beatitudes, a central place in the Bible, before continuing to follow in the footsteps of the holy scriptures, visiting Tabgha: where the feeding of the five thousand is said to have taken place.

Barely ten minutes away from Tabgha is Capernaum, where we'll visit the house where St. Paul is said to have lived. Then after free time to eat lunch, we'll make our way to Nazareth. Here, in the birth town of Jesus Christ, we'll find the Basilica of the Annunciation, said to have been the house of the Virgin Mary. Then finally in the evening, we'll head back to Tiberias, eating in the hotel and taking a well-earned rest until the next day.

Following breakfast, we'll make our way to the historic centre of Safed. This Jewish holy site is also home to a long history as a site of pilgrimage and something you'll discover on your tour. Then we'll head to Yardenit, a town on the banks of the River Jordan, which the bible singles out as the baptism place of Jesus.

And once you've eaten lunch (not included), we'll head towards Jerusalem, where the tour spends the night.

Having eaten in the hotel, we'll take a guided tour of Jerusalem, exploring the Mount of Olives, the most modern area in the city, where you can find the Holocaust memorial centre, among other highlights. Then we'll spend the night in Jerusalem.

After breakfast, you'll enjoy a guided tour of the Jerusalem old town, where we'll discover the city's most famous sights, such as the Wailing Wall, and the Abbey of the Dormition found on Mount Sion.

Then in the afternoon, we'll make our way to Bethlehem, visiting its main points of interest, such as the Basilica of the Nativity, or the Chapel of the Shepherd's Field. Then with the tour of Bethlehem over, we'll head back to Jerusalem to spend the night in our hotel.

We'll have one final breakfast in your hotel, then head to the Ben Gurion International Airport.

When making your reservation, please provide the following details: Full name of all passengers, passport numbers, details of both outbound and return flights, and a working contact phone number.

The itinerary varies depending on arrival, nonetheless, no matter which day your tour begins, you will visit all of the cities, monuments and places of interest described. The only thing that will change will be the order of the visits.

The tour includes 7 nights in hotels with breakfast. The hotels planned for the tour are as follows.

This circuit includes two dinners in the hotel in Tiberias on the third and fourth day. The rest of the dinners and all of the lunches are not included.

All breakfasts are included throughout the seven days of the circuit.

The indicated price is per person in a double room.

It is obligatory to have a valid passport with you throughout the excursion.

Pick up in the Ben Gurion airport.

7 nights accommodation, with 2 dinners and 7 breakfasts.

Excursions and guided tours as indicated in the description.

Entry to the monuments and places visited.

Dinners, except the two in Tiberias.

Optional excursions and monuments visited during your free time.

You can book up to 10 days before (Tel Aviv local time) if there are still places available.

from
US$ 1,166
No hidden fees or surcharges
Free cancellation up to 30 days before
Book

Free! Free cancellation up to 30 days before the day of the activity. If you cancel under this time or do not show up, you will not be refunded.
When the minimum number of participants (2) is not reached, we will contact you to offer you other alternatives.
like Free

9.30 / 10 20 reviews
The Old City of Jaffa, belonging to the bustling Tel Aviv, preserves a fascinating history. Discover it during this free walking tour of the Old Town.
Free!
Book
like

8.40 / 10 72 reviews
Travel back to the biblical times on this trip to the beautiful biblical locations of Nazareth, Tiberias, and the Sea of Galilee.
US$ 103
Book
like

8.30 / 10 76 reviews
Feel the legacy of the past with this trip that will take you to the holy sites of Jerusalem and to the city of Bethlehem, the birthplace of Christ.
US$ 129
Book