Be amazed by the rich history of La Laguna, a UNESCO World Heritage Site, and discover the charming village of Taganana and the golden sand of Playa de las Teresitas. 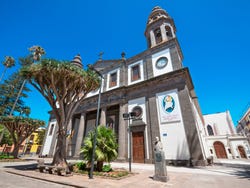 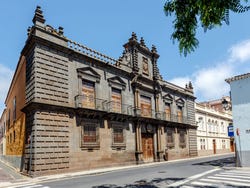 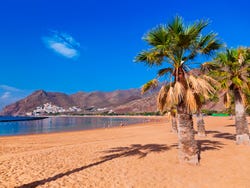 Board a comfortable air-conditioned coach and sit back as you are driven to Northern Tenerife, where magnificent attractions await you.

The first stop will be San Cristóbal de La Laguna, where you will set off on a walking tour. This town is one of the fifteen localities in Spain to have been declared a UNESCO World Heritage Site. Its stunning colonial architecture is its greatest virtue. During the tour, visit La Laguna Cathedral and admire its neighboring Baroque and Renaissance-style buildings. The most emblematic are the Nava Palace and the Salazar Palace.

As well as its impressive architecture of the sixteenth, seventeenth and eighteenth centuries, La Laguna also has striking modern buildings for example, the legendary eclectic-style Leal Theatre. Despite it being built over one hundred years ago (in 1915), numerous shows and representations take place in this theatre.

Continue the full-day trip by visiting Taganana, a hamlet embedded in the heart of Macizo de Anaga. In this charming traditional village, you’ll stop to have lunch at your own leisure. Then, you will head to Playa de las Teresitas (Las Teresitas Beach) to admire its beautiful golden sand. The amber colored sand was shipped all the way from the Sahara Desert, creating one of the most popular beaches in Tenerife.

After visiting Las Teresitas, you will be dropped off back at your hotel.

This excursion includes hotel pick-up at the following areas in the south of Tenerife:

After booking this activity, the local supplier will send you an email with the exact pick-up time and location.

This excursion does not depart from Puerto de la Cruz, Santa Cruz de Tenerife and other tourist areas in the north of Tenerife.

The activity takes place with an escort that speaks in english.

9.60 / 10 129 reviews
Glide along the Atlantic Ocean just off Costa Adeje on board a modern and comfortable yacht and enjoy a 3-hour dolphin and whale cruise.
US$ 65.10
Book
like

9.60 / 10 83 reviews
If you like water parks and want to visit the most famous zoo in the Canary Islands, this combined ticket to Loro Parque and Siam Park is perfect for you.
US$ 39
Book
like

9 / 10 4 reviews
Explore the best of Tenerife on this complete bus tour of the island. You'll see its most important places of interest and discover its hidden secrets.
US$ 42.60
Book