This Akihabara Tour lets you geek out to comics, manga, figurines and videogames, all those things that the geekier side of Japan is known for. Be amazed by the weirdest and wackiest spots in this Tokyo neighbourhood. 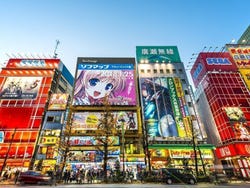 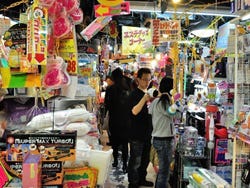 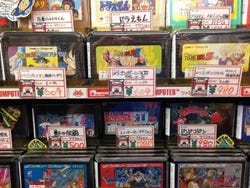 Picking you up from your hotel, or wherever you would like, we'll make our way to the Akihabara neighbourhood, the area known for its strange shops and the characters which frequent them.

We'll see some of the most famous manga and games shops in Tokyo, such as Super Potato, selling video games from throughout history, including some of the very first Nintendo consoles.

Then we'll head to Don Quijote, an enormous bazaar shop where you can find almost anything you could possibly imagine, from fake lashes to original Louis Vuitton bags.

Next it's time to discover the world of "Purikura Cosplay" - a photo cabin which allows you to edit yourself live! From the colour of your face to the size of your eyes, you're only limited by your imagination. And, of course, you can rent a costume to take the photos.

Then as the cherry on the cake, we'll finish the tour in a Maid Café, where waitresses dressed as fair medieval maidens will attend you, making you feel like nobles from another age in a truly unique atmosphere!

Per group from
US$ 219.20
Free cancellation up to 3 days before
Book

8.30 / 10 14 reviews
Don't miss this unique opportunity for a first-hand experience of Japan's national sport - watch professional sumo wrestlers at their morning training session!
US$ 88.90
Book
like

9.60 / 10 648 reviews
See the most important temples, most traditional neighbourhood and the modern face of Tokyo, the perfect introduction to the biggest megalopolis on the planet.
US$ 247.80 per group
Book
like

8.20 / 10 23 reviews
The snowy peak of Mount Fuji surrounded by blooming almond trees is an image which will stay with you forever.
US$ 54.20
Book