Discover the most emblematic places and traditions of the Valencia Falles, a festival that has been declared Intangible Cultural Heritage since 2016.

Discover the most emblematic places and traditions of the Valencia Falles, a festival that has been declared Intangible Cultural Heritage since 2016. 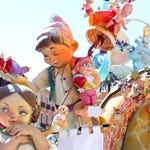 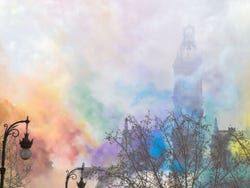 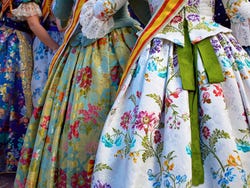 We'll begin at the Plaza de Toros in Valencia, one of the most central points in the city, and set off on our tour of the most important places in Valencia during its festivities: Falles.

Accompanied by an expert guide in the history of the Falles, we'll find out all about these famous festivals, declared Intangible Cultural Heritage by UNESCO, as well as their customs, traditions and meanings. We'll learn about some of the most important falles, such as the Falla Convento Jerusalén, Falla Ayuntamiento, Falla El Pilar and the Falla Na Jordana. One of them will win first prize!

Throughout the year, Valencians work hard to produce artistic creations and exhibit them during their festivities. You'll also get to know the best places to taste local gastronomy.

You can book up until the previous day (10:00 am) if there are still places available. Book now to guarantee your spot.

Physical: Wheelchair accessible. An accompanying person is required. This must be indicated in the reservation. Show more

Visual: Has measures for visual accessibility. Provides signage for wayfinding and orientation.

US$ 17.40
Free cancellation up to 24 hours before the service starts
Book

8.20 / 10 84 reviews
Be seduced by the romantic sunset of Valencia with this fantastic catamaran trip. Enjoy exclusive views of the stunning Mediterranean coast.
US$ 25.40
Book
like

9.20 / 10 19 reviews
Explore the historic centre of Valencia on board a tuk tuk - a fun and comfortable way to discover the charms of the city of Turia!
US$ 46.20 per group
Book
like

9.40 / 10 208 reviews
Executions, crimes, epidemics, assaults...discover the most sordid side of Valencia on this free night tour of local mysteries and legends.
Free!
Book