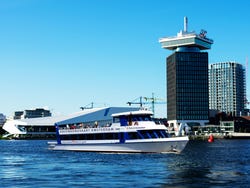 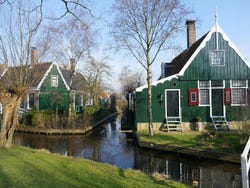 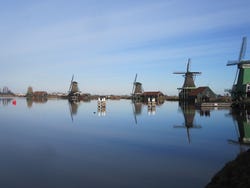 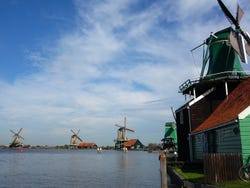 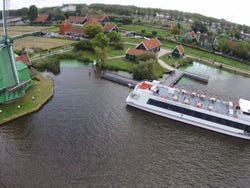 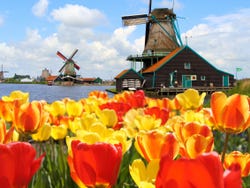 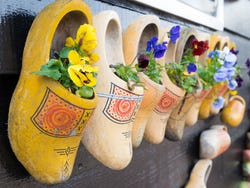 At midday, we'll meet at jetty of the former historic NDSM shipyard in Amsterdam. The boat will be waiting here to take us from the Dutch capital to the picturesque windmill village of Zaanse Schans.

We'll sail through Amsterdam's port area, the second largest in the Netherlands, before entering the Zaan River and sailing up past the town of Zaandam. During the cruise, we'll see the old warehouses and factories that show how important this waterway has been historically.

As we approach our destination, Zaanse Schans, you'll be able to catch a glimpse of the typical Dutch windmills for which the small village is famous. We'll dock in Zaanse Schans and you'll then have two hours of free time to explore the area.

At 4 pm, we'll meet back at the dock in Zaanse Schans to set off on our return trip to Amsterdam. The excursion will end at 6 pm back at the original departure pier.

21% discount on the official ticket price.

9 / 10 895 reviews
What better way to immerse yourself in the history and culture of Amsterdam than with a guided tour led by an English speaking guide?
Free!
Book
like

8.40 / 10 879 reviews
A visit to Amsterdam is not complete without enjoying a cruise along its scenic canals. Discover the city’s most iconic landmarks from the water on a one hour open-top boat tour.
US$ 15.40
Book
like

9.30 / 10 717 reviews
Get to know Amsterdam through the story of Anne Frank, passing though the Jewish Quarter while discovering the relationship between the Dutch city and the Nazi Regime.
US$ 30.20
Book